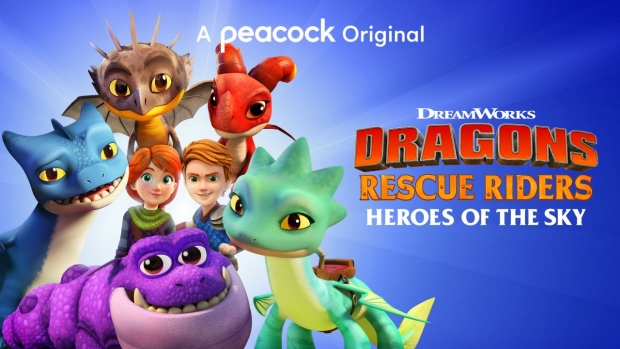 The series is set in a faraway corner of the Viking and Dragon world, where we find Viking twins Dak and Leyla. Rescued and raised by dragons, the twins grow up learning to speak the dragon language. Along with young dragons Winger, Summer, Cutter and Burple, the young Vikings defend and protect other dragons on exciting adventures around their home of Huttsgalor.

In the new season Dak, Leyla and the Rescue Riders are ready for all new high-flying adventures as Burple finds his strength and becomes “The Incredible Burple” and Haggis goes missing! But when the gang discovers new dragons - a Relentless Rainbow Horn named Sparkle, a Stinkwing with a powerful smell, and fast-flying dragons called Zommerangs - they will have to work together to courageously defend Huttsgalor like never before!