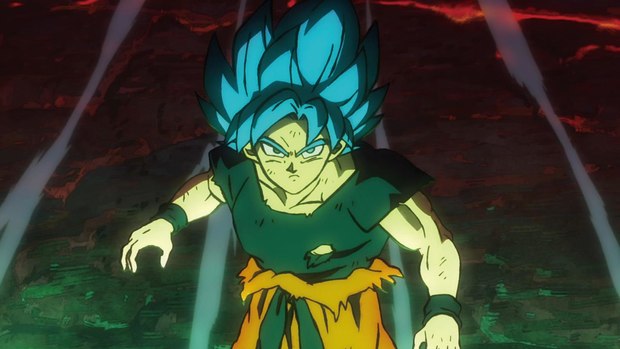 FLOWER MOUND, TX -- The North American box office was no match for the Dragon Ball franchise and its Super Saiyan warriors. Dragon Ball Super: Broly, the highly-anticipated new anime feature from Funimation Films, the theatrical division of Sony Pictures Television’s Funimation, opened as the number-one movie in the U.S. with a stunning $7 million+ box office on its first day. “Both anime and mainstream audience response to Dragon Ball Super: Broly has been overwhelmingly positive. We anticipated a strong opening, but we’re thrilled that the box office exceeded even the high end of our estimate,” said Funimation CEO and president Gen Fukunaga. “We’re thrilled to hear that countless fans have or plan to watch the film multiple times. Fans are at the core of our strategy for this film. From the theatrical campaign and fan engagement events to our theatrical footprint and IMAX / Cinemark XD opening day presentation, our goal has been to make Dragon Ball Super: Broly available to as many fans as possible through the widest array of touchpoints. This strategy has paid off.”

Dragon Ball Super: Broly follows the events of the hit anime series Dragon Ball Super, the first new Dragon Ball storyline from original creator Akira Toriyama in more than 18 years. Since premiering in summer 2015, Dragon Ball Super has propelled the popularity of the franchise globally -- with both lifelong fans and a whole new generation of children and teens. The 2015 release of Dragon Ball Z: Resurrection ‘F’, was a box office blockbuster -- grossing $8.4 million in North America to become the first independent film to make the Top 10 list of highest grossing anime films domestically as well as establish a new record for the highest grossing event style theatrical release in the U.S.