DQE currently in production on ‘Robin Hood,’ season 2 of ‘The New Adventures of Peter Pan,’ and ‘Miles from Tomorrowland.’

The net proceeds from this fund raising will be used to finance the development of more than 20 owned-IP and co-production projects currently in the pipeline for production over the next two years, as well as general working capital purposes.

“We are delighted to partner with OCP Asia and confident that this association will help us to realize our vision for DQE,” said DQE chairman and CEO Tapaas Chakravarti. “The validation of our business model by the high acumen OCP team further strengthens our commitment to produce and distribute world class content across territories and grow our audiences with high quality IP creation.”

“We have been impressed with DQE’s exciting pipeline and its capabilities in producing world class content, its ability to work with broadcasters from around the world in bringing ideas to the screen, and its ‘360-degree’ monetization approach to generating returns on IP,” added OCP Asia co-founding partner Teall Edds. “We look forward to our close partnership with DQE.”

DQE currently has a robust production order book worth approximately $63 million. Some of the projects currently in production include Robin Hood, season 2 of The New Adventures of Peter Pan, Lassie, Miles from Tomorrowland, Popples and Seven Dwarfs & Me. Production of new IPs such as 5 & IT, Yonaguni and Leo Galilei will commence soon while co-productions and service productions in the pipeline are Season 2 of HIVE, Season 10 of Shabiyat; Pulcino Pio and many others. DQE is engaged in discussions for other co-productions with leading brand owners globally to develop and distribute the properties, details of which will be announced subsequently. 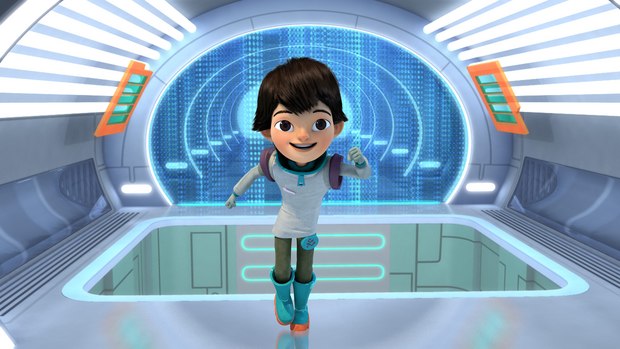 DQE is currently in production on ‘Miles from Tomorrowland.’