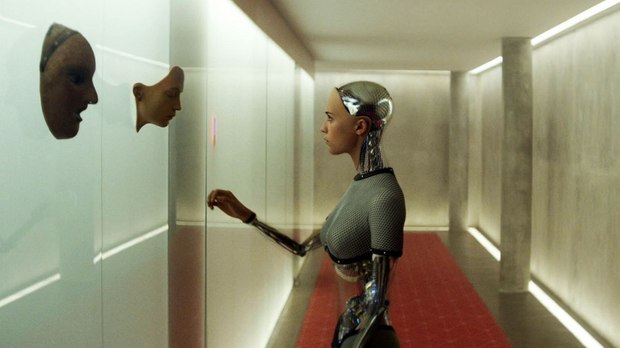 LONDON -- Visual Effects house Double Negative has been honored with the Academy Award for “Best Visual Effects” for its work on Alex Garland’s directorial debut film Ex Machina for DNA Films. This is the second Oscar in as many years for Double Negative, and its third in the last six years; the company has previously taken home the award for Christopher Nolan’s Inception in 2011 and for its work on Interstellar last year.

Ex Machina was selected by Academy voters from an incredibly strong shortlist of “Best VFX” nominees, including The Martian, Mad Max: Fury Road, The Revenant and Star Wars: The Force Awakens. The honor was presented to Double Negative’s Andrew Whitehurst, Paul Norris and Mark Ardington alongside Milk VFX’s Sara Bennett at the 88th Annual Academy Awards.

London-headquartered Double Negative was the lead VFX house on Ex Machina, and Double Negative’s Andrew Whitehurst was VFX Supervisor on the movie, working closely with director Garland and his team. Under Whitehurst’s supervision, the Double Negative team enhanced Alicia Vikander’s incredible performance to create the alluring and beautifully realized android “Ava,” a main character who needed to be both obviously synthetic and yet at the same time strikingly human.

“For a film of this scale to be able to win against much bigger productions is an amazing achievement for Andrew Whitehurst and the Double Negative team,” commented Alex Hope, Managing Director, Double Negative. “Alex Garland, Andrew Macdonald, Allon Reich and the team at DNA Films have created a sci-fi masterpiece on a limited budget that holds its own against some of the biggest and highest-grossing films of the year.”

Producers Macdonald and Reich of DNA Films added, “Ex Machina needed a perfect integration of VFX and live action. It is a vital part of the story. Congratulations to all the VFX teams; the Oscar is the culmination of all your brilliant work.”

Ex Machina was a creative collaboration from the start, with the final look for Ava coming from Andrew Whitehurst’s work with Alex Garland, the art department concepts and the Double Negative art and look-dev teams. This was key to a project in which the VFX was absolutely fundamental to the storyline.

“It’s not enough that you believe that Ava is a robot, you have to believe that she is human enough to fall in love with,” continued Hope. “Between Alicia Vikander’s nuanced performance, Alex’s directorial vision and Double Negative’s seamless VFX work, I think we achieved just that.”

Double Negative may be best known for its work on big-budget Hollywood films and major franchises such as The Dark Knight trilogy, Harry Potter, The Hunger Games and Bond, but it also has a proud tradition of working on independent and lower-budget films.

“Working on independent films such as Ex Machina brings a different set of challenges and is incredibly rewarding,” commented Matt Holben, CEO, Double Negative. “If we believe in a project, we treat it in the same way that we treat any other work we are doing, there is no ‘second-best’ scenario here. I think that this award for Ex Machina is testament to the strength of the talent at Double Negative, and to the collaborative nature of the production. What was achieved here, on a limited budget, is incredible.”

Double Negative is currently beginning work on Garland’s next film, Annihilation, another sci-fi movie, based this time on Jeff VanderMeer’s novel of the same name.

Since its merger with Prime Focus World (PFW) in 2014, Double Negative and PFW have provided clients with a unique service offering of Academy Award winning visual effects and industry-leading stereo conversion. Projects currently in production at Double Negative and PFW include Captain America: Civil War, Star Trek Beyond, Alice Through The Looking Glass, The Huntsman Winter’s War, Warcraft, Jason Bourne, The Legend of Tarzan, Wonder Woman, Fantastic Beasts and Where To Find Them and Assassin’s Creed. Recently delivered titles include Batman v Superman: Dawn of Justice, In The Heart Of The Sea, Spectre, Bridge Of Spies and The Hunger Games: Mockingjay Part 2.