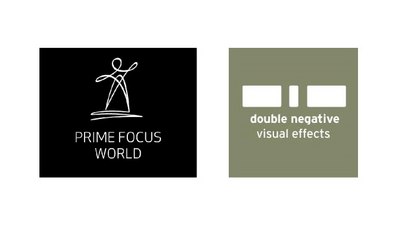 “This is a transformational event – both for the companies involved and for the industry,” said Prime Focus founder and CEO of Prime Focus World, Namit Malhotra. “Prime Focus has proven over the last five years the undeniable benefits of global collaboration: the flexibility of working in different time zones; the coming together of creative talent from across the globe; and the ability to leverage tax incentives. We can now bring this together with Double Negative’s unquestionable creative excellence to build a truly formidable offering.”

Established in 1998, Double Negative is Europe’s largest independent VFX house with honors including an Academy Award (for Inception) and two BAFTAs (for Inception and Harry Potter and the Deathly Hallows Part 2). The transaction will be supported by Standard Chartered Private Equity, Macquarie Capital and AID Capital Partners, all existing investors in Prime Focus entities, and existing bankers across the Group.

The new VFX business, which will trade under the Double Negative brand, will be led by DNeg’s current management team of Alex Hope (Managing Director) and Matthew Holben (CEO). In addition to the existing creative talent at its London and Singapore facilities, Double Negative will be opening in Vancouver by bringing key talent and technology besides having complete access to all production and technology infrastructure in India.

“We have ambitious plans to build on what we’ve achieved in VFX over the last 15 years,” said Double Negative’s Holben and Hope. “This deal allows Double Negative to develop into a truly global operation that provides great work for our clients and great opportunities for our staff.”

For Prime Focus the deal offers a clear path to growth where revenues would have more than doubled. With a combined order book of ~US$ 150 mn (INR 900 cr), the company will be in a strong position to sustain growth, generate free cash flows, pare down debt by ~30-40% over the next 4-6 quarters and offer significant value to its stakeholders.

Prime Focus World’s highly successful and market leading stereo 3D conversion offering and fast growing animation business will be unaffected by the merger. With over 4000 team members working across US, UK, Canada, China and India, Prime Focus World’s award winning stereo conversion process has been used on widely acclaimed films such as Academy® Award winners Gravity, The Wizard of Oz and The Last Emperor, as well as some of the highest grossing films of all time, including Harry Potter and the Deathly Hallows: Part 2, Transformers: Dark of the Moon and Star Wars Episode I: The Phantom Menace, The Amazing Spiderman 2 and Noah.

“Our business proposition is already recognized in other industries,” concluded Namit who will return to Prime Focus Limited as Executive Chairman of the Board and Group CEO. “The delivery of unmatched creative design and development by the best that the West has to offer, supplemented by the unbeatable infrastructure, scale and cost efficiency of the East. We are establishing a new and sustainable direction for our company, whilst ensuring both growth for our investors and huge financial benefits for our clients. This is a substantive validation of Prime Focus’ phenomenal growth story, and marks the beginning of a new trajectory for the company.”

Both PFW and DNeg have a power packed summer line up. PFW kick-started the season with its work on Maleficent and Edge of Tomorrow. It is also the lead conversion house and a VFX provider on Transformers: Age of Extinction and the exclusive stereo VFX partner on Sin City: A Dame To Kill For. PFW is involved in almost half of all releases from the mainstream studios this summer. DNeg has delivered stunning visual effects for high-profile blockbusters such as Godzilla, Christopher Nolan’s Interstellar, Jupiter Ascending from Andy and Lana Wachowski, Ridley Scott’s Exodus: Gods and Kings, and Brett Ratner’s Hercules, among others.

The transaction is subject to customary closing conditions and expected to close in the coming weeks.