Don’t Be Chicken: Check Out These Clips of ‘Archibald’s Next Big Thing is Here!’

From the creative minds of Tony Hale and DreamWorks Animation comes the animated series about a curious chicken who embraces life to the absolute fullest and 'yes, and's...' his way through everything; now streaming on Peacock. 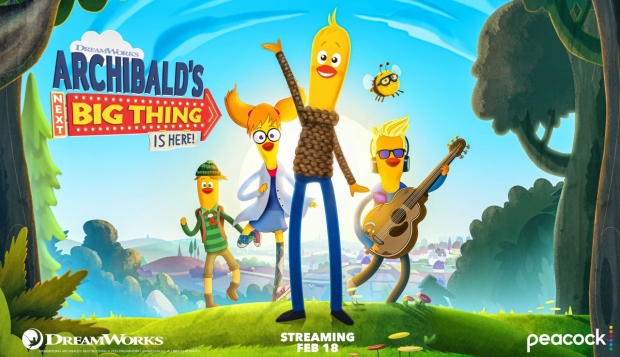 Archibald’s Next Big Thing is Here! and, well…it’s here and it’s back! The charming, funny, and bizarre new adventures of Archibald are now streaming on Peacock. From DreamWorks Animation, the uniquely styled 2D animated series follows the exploits of Archibald Strutter, a simple chicken who “yes-ands” his way through life. Though living in the moment often leads him astray, Archibald always finds his way back home, to an egg-shaped house in the center of Crackridge he shares with his three siblings, Sage, Finly, and Loy, and his trusty sidekick, Bea.

"Voicing and writing for this little chicken has daily inspired me to be more mindful of the moment I’m in and always try to see the best in everyone and every situation,” creator and executive producer Tony Hale.  “And wow, don’t we need more of that in the world today.”

Check out 3 cheerful clips below from DreamWorks Archibald’s Next Big Thing is Here!

Archibald's Next Big Thing Is Here - “A Tiny Problem”

Archibald's Next Big Thing Is Here - “Archibald the Singing Telegrammer”