The company chairman and CEO is honored for outstanding work and leadership as part of the UK’s Asian community. 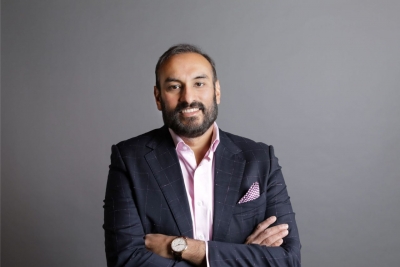 Since 2000, the Asian Achievers Awards have honored individuals in the United Kingdom’s South Asian community who hold leadership positions across a range of fields, including politics, business, and civil society. This year’s awards ceremony took place on September 23, held for the first time since the beginning of the pandemic.

“To be recognized with this award amid such a talented group of nominees is a great honor,” said Malhotra. “It also recognizes the tireless work of my amazing teams at DNEG, ReDefine, and Prime Focus. Together, and through our groundbreaking work with our industry partners and clients, we are delivering pioneering and innovative visual effects and animation that continue to set the bar for quality and excellence in our industry.”

The third generation of a filmmaking family, Malhotra began his journey in 1995 with a garage start-up in Mumbai. Since then, he has overseen Prime Focus’s listing on the National Stock Exchange of India, pioneered a series of technology firsts in the Indian film industry, and built one of the largest independent media services companies in India.

Malhotra expanded Prime Focus’s reach to the United Kingdom and North America, acquired Double Negative (rebranded as DNEG), and scaled the company to create a global network of visual effects and animation studios.

He also oversaw the investment of $250 million by Novator Capital Advisers, LLP, in August 2021, positioning DNEG to further capitalize on the high demand in the content services marketplace, including gaming, original content, and IP creation. Additionally, in April 2022, Malhotra’s DNEG entered into an expanded multiyear services agreement providing visual effects and virtual production services for Netflix on series and feature programming through 2025.