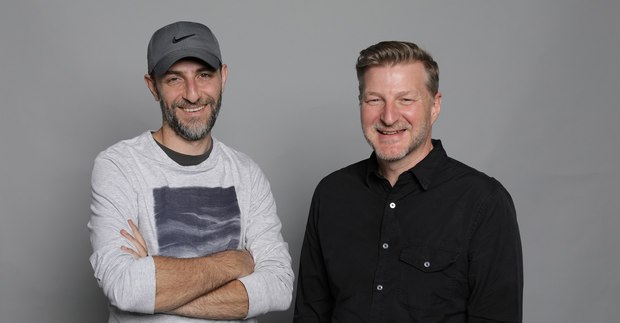 LONDON -- Visual effects, animation and stereo conversion company, DNEG, has announced the expansion of its VFX Animation team across North America and the United Kingdom with a series of strategic appointments that further the company’s ambition to become a global leader in creature and character animation.

Under the leadership of DNEG’s global head of animation, Robyn Luckham, the VFX animation team has grown in recent years, delivering work on projects such as Avengers: Endgame, Godzilla: King of the Monsters and the upcoming Men in Black: International. The company’s new hires bring leading talent and decades of experience to further strengthen the company’s team.

Emile Ghorayeb joins DNEG’s London studio as head of animation. Previously animation supervisor at Weta Digital, Ghorayeb has worked on films including Alita: Battle Angel and War for the Planet of the Apes, for which he won an Annie Award for “Outstanding Achievement for Character Animation in a Live Action Production.” Emile has 20 years of experience as an animator across film, TV, games and feature animation. Other projects on his credit list include Avengers: Endgame, Jurassic World, Transformers 2, 3 & 4, Halo 3, Shrek 2 & 3 and the Madagascar movies.

Also joining the London team is VFX veteran and creature animation specialist Keith Roberts. Most recently, Roberts worked as animation director on Avengers: Infinity War, Captain America: Civil War, Ant-Man, Thor: The Dark World and both Guardians of the Galaxy films. Earlier in his career, he supervised the animation of creatures in family favorites such as Garfield, The Cat in the Hat, Scooby-Doo, Aliens in the Attic and Alvin and the Chipmunks: The Squeakquel.

Animation director, Spencer Cook, also recently joined DNEG’s global team. Based in Montréal, Cook’s career spans more than 30 years, including work on a range of projects from stop-motion animation for TV commercials to digital animation on Alien: Covenant, Beauty and the Beast, Men in Black 3, The Matrix Reloaded and Revolutions, and Spider-Man 1, 2 & 3. Cook came aboard after completing work as animation director on Godzilla: King of the Monsters. He spent 14 years as a member of the Sony Pictures Imageworks character animation department and was nominated for a BAFTA Award, a Saturn Award and two VES Awards for his work as animation director on Spider- Man 3.

The trio joins an experienced animation group, including Aaron Gilman, who was recently promoted to head of animation for DNEG’s Vancouver studio. Gilman, who is currently supervising DNEG’s animation work on the upcoming Disney adventure movie Togo, also served as animation director Pacific Rim Uprising. Aaron’s achievements include award nominations for his work on Hollywood blockbusters, including an Annie Award nomination for his leadership in the animation of Azog, the King of the Orcs in The Hobbit: The Battle of the Five Armies.

Luckham commented, “It’s a hugely exciting time for the VFX Animation team here at DNEG, and I am particularly pleased to announce the appointments of Emile and Keith in London, and Spencer in Montréal. Their decades of experience in VFX will be of huge benefit to the team as we continue to grow, taking on bigger and more challenging projects.”

“Aaron’s promotion is fully deserved and is testament to his hard work and dedication,” he added. “He is an exceptional animation director who exudes positive energy and enthusiasm, and his contribution to the team over the last three years has been immense. Together, we are building an unbelievable force of VFX creatives who are all capable of driving DNEG’s ambition to become the leading studio in creature and character animation globally.”