Honor is the most-recent for the visual-effects house in a busy awards season. 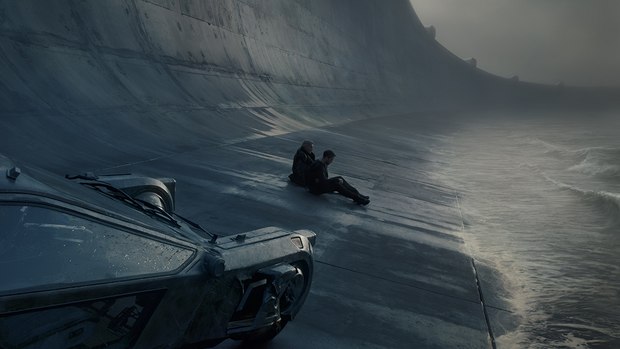 Acclaimed visual-effects house Double Negative was honored Feb. 18 at the BAFTA Awards 2018 for its work on Blade Runner 2049.

The film picked up the award for best special visual effects at the star-studded ceremony at London’s Royal Albert Hall. This was the third award that DNEG won in less than a week, having picked up two Visual Effects Society awards for its work on Denis Villeneuve’s Blade Runner 2049 and Christopher Nolan’s Dunkirk. DNEG was the lead visual-effects house for both films, and is also nominated in the best visual effects category for its work on Blade Runner 2049 at the 90th Academy Awards.

Led by VFX Supervisor Paul Lambert, DNEG’s Blade Runner team delivered most of the Los Angeles 2049 cityscapes, the Joi hologram effects and the seawall chase at the end of the movie. Lambert picked up the BAFTA award alongside overall VFX supervisor John Nelson, Gerd Nefzer and Richard R. Hoover.

“I'm incredibly honoured by this news but I couldn't have done it without the truly passionate group of artists who I share this award with. This moment is easily the highlight of my career,” said Lambert. “Getting to work with Denis Villeneuve and Roger Deakins was a truly inspiring experience. My best memory on this show was the first day of the shoot and realising I was working with the best of the best.’’

DNEG created a full CG city environment, including volumetric weather FX, to create the claustrophobic, gritty and oppressive Los Angeles of 2049. Hundreds of buildings and animated advertising designs were created and then populated by hand into each scene.

Creating a hologram character that is visually unlike anything seen before was another creative and technical challenge. Joi had to appear fragile while maintaining an emotional connection with the other characters. “The process was very complex -- every Joi shot had to be tracked from multiple witness cameras and a fully rendered version of Joi was made for the subtle transparency effect,” said Lambert.

“I couldn’t be prouder of our talented Blade Runner team in Vancouver and their contribution to this movie,” said Alex Hope, managing director, DNEG. “Denis Villeneuve has created a sci-fi masterpiece that more than lives up to the legacy of the original, and I am delighted that DNEG played a part in bringing his vision to the screen.”