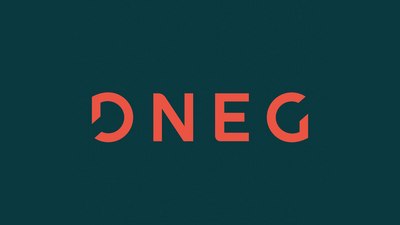 LONDON -- Leading visual effects company DNEG has hired acclaimed senior VFX supervisor Dan Glass to join its international group. A long-time collaborator of the Wachowskis and Terrence Malick, and production VFX Supervisor on films such as Jupiter Ascending, Cloud Atlas, Tree of Life, Batman Begins, The Matrix sequels and most recently Deadpool 2, Glass has received numerous accolades over the course of his 25 year career, including a BAFTA nomination and two Visual Effects Society awards.

In addition to his impressive list of film credits, Glass also served as VFX Supervisor on two seasons of Netflix’s sci-fi cult hit Sense8, while directing two episodes himself, and previously served as executive vice president and chief creative officer for Method Studios.

Speaking of the appointment, DNEG Managing Director Alex Hope said: ‘I’m delighted to welcome Dan to DNEG at this exciting time in our evolution. We’ve worked for Dan on many of his projects over the years and we are thrilled to have him join DNEG to help the creative and technological development of the company, as well as the expansion of our presence in Los Angeles.’

In his new role Glass will continue to provide his services as a senior VFX supervisor as well as working with fellow DNEG senior creative leaders including Peter Chiang, Paul Franklin and Andrew Whitehurst, and DNEG CTO Graham Jack.

“I’m very excited to be joining DNEG at this time and to be a part of their exciting vision for the future of our industry,” said Glass. “I’ve worked with DNEG on many projects in the past, including Jupiter Ascending, Tree of Life, Batman Begins and most recently Deadpool 2, and always admired their tremendous ability to deliver creatively and technically. This is a company at the top of its game and it’s a huge honor to join the team.”

DNEG is currently in production on a slate of highly anticipated projects, including Mission Impossible – Fallout, Ant-Man and the Wasp, Fantastic Beasts: The Crimes of Grindelwald, First Man, Godzilla: King of Monsters, The Kid Who Would Be King and Venom. The company has previously won four Academy Awards and four BAFTAs for its film VFX work, and was recently awarded a BAFTA TV Craft Award for its work on Black Mirror Season 4 for Netflix.