The 2-time Academy Award-winning VFX supervisor boasts over 40 years of industry experience; he’ll work from the company’s LA studio on a yet-to-be-named project. 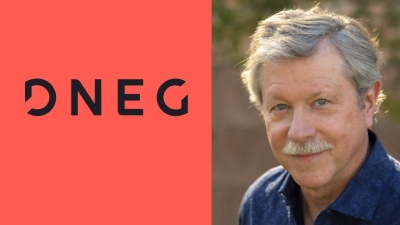 DNEG announced the addition of two-time Academy Award winner Joel Hynek as Visual Effects Supervisor for a yet-to-be-announced title. During his 40+ year career, Hynek’s honors include a Scientific and Engineering Design Award for his camera design that enabled the effects for the original Predator. He also was recognized for his contribution to What Dreams May Come, which received the Oscar for Best Visual Effects at the 71st Academy Awards.

“I am proud to be working with DNEG at such a thrilling and pivotal time in the world of visual effects,” said Hynek. “Technological advancement in our industry is opening previously unattainable creative possibilities, and DNEG is at the forefront of harnessing these technologies in pursuit of storytelling goals. Throughout my career I have endeavored to push the boundaries of what is possible in visual effects. Having recently supervised a short film that made full use of real-time technology in LED volume, as well as testing the full use of Virtual Production on a major Chinese production, I’m looking forward to more opportunities to bring these new technologies and workflows to some truly exciting upcoming projects.”

Hynek’s VFX career began at R/Greenberg Associates in New York before his introduction to Doug Trumbull (Close Encounters of the Third Kind), which led to collaborations on three immersive experiences for the Luxor Hotel in Las Vegas. Later, Hynek became Creative Director for the Trumbull Company and Mass.Illusion followed by a stint at Digital Domain, as a Senior Supervisor, before moving on to Tata Elxsi.

“DNEG is a destination of choice for filmmakers and studios around the world looking to turn their imagined worlds into reality, and we are assembling some of the top creative minds in the business to meet this challenge,” said DNEG Chairman and CEO Namit Malhotra. “Joel’s work over the last four decades and his long-standing contributions to the art and science of storytelling continue to receive critical acclaim, and I am delighted that he is bringing this deep knowledge and experience to our creative leadership team at DNEG.”

Hynek has served as a board member for the Visual Effects Society and on the Executive Committee of the Academy of Motion Picture Arts and Sciences’ Visual Effects Branch for over 20 years.

Hynek will be based at DNEG’s Los Angeles Studio.