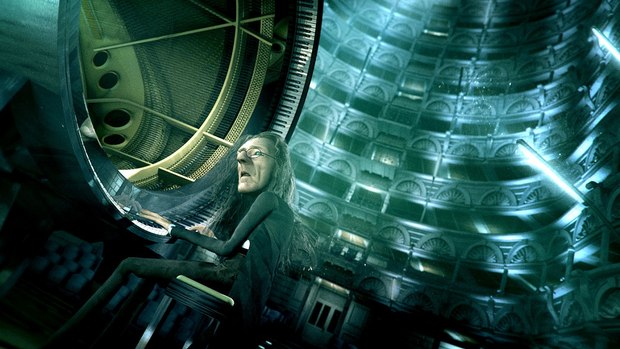 Aspen, Colo. (April 13, 2015) -- Aspen Film, a year-round film arts and education organization, announced today the winners of its Aspen Shortsfest International Competition. The 2015 Awards Ceremony was held Sunday, April 12, at Rustique Restaurant in Aspen, following six film-filled days. The festival, which brings filmmakers together with the cinema-loving public for nearly a week of screenings, panel discussions, education programs and informal networking, is widely recognized as a premier North American showcase for short film.

“Even after twenty years at the helm of Aspen Shortsfest, we continue to be amazed by the rich storytelling of shorts from around the world,” said Co-Directors George Eldred and Laura Thielen. “The depth, the urgency, the imagination of the talented filmmakers showcased in this year's festival is inspiring. Funny, unflinching, heartfelt, quirky -- these eclectic voices bode well for the future of cinema and audiences everywhere.”

The festival's centerpiece, the Oscar-qualifying International Competition, reflected the incredible diversity and creativity of today's short filmmaking in drama, comedy, animation and documentary. Over 3,100 submissions from around the world were considered, and 70 short films, representing more than 30 countries -- over a third of them premieres -- were ultimately selected for this year's International Competition.

“What I love about Shortsfest is that, through the work of talented filmmakers, it opens windows into the rapidly changing world of international cinema. This is my second tour as a member of the jury, and I'm honored to be here,” said Elias Davis, International Competition jury member and award-winning comedy screenwriter. Other members of the jury included Lisa Kennedy (Denver Post Film and Theater Critic), Kevin Ott (Communications Director for the Writers' Guild Foundation) and Laurence Andries (screenwriter).

Over 50 international film guests from a dozen countries traveled to Aspen to participate in public screenings, in-depth conversations, and informal networking opportunities. Shortsfest also hosts a significant education component in which over 1,800 students and teachers from over a dozen schools and youth arts programs participated.

“Aspen Shortsfest is arguably North America's best shorts film festival,” said Topaz Adizes, who hosted his live interactive film event {THE AND} Game at Shortsfest, along with a screening of the accompanying short, {THE AND} Marcela & Rock. “The high caliber of films, the warm hospitality, the camaraderie amongst the filmmakers and the beautiful nature of Aspen make this festival truly special. What Laura and George have created over the last 20 years is simply epic: a special event where filmmakers find their artistic family and inspiration for future work. I've had seven films here, and every time I feel fortunate and grateful that I can participate and immerse myself in this one-of-a-kind environment.”

AWARDS DETERMINED BY OTHER JURIES

Complete descriptions of films screened at Aspen Shortsfest 2015 are available at www.aspenfilm.org.

This 24th edition of Aspen Shortsfest is made possible through the generous support of presenting sponsor, The Aspen Times, and grants from the National Endowment for the Arts, Colorado Creative Industries, City of Aspen, Aspen Out, Les Dames d'Aspen, Thrift Shop of Aspen and the Towns of Basalt and Carbondale. Additional sponsors include KQED, Aspen Public Radio, Alpine Bank and Land + Shelter.