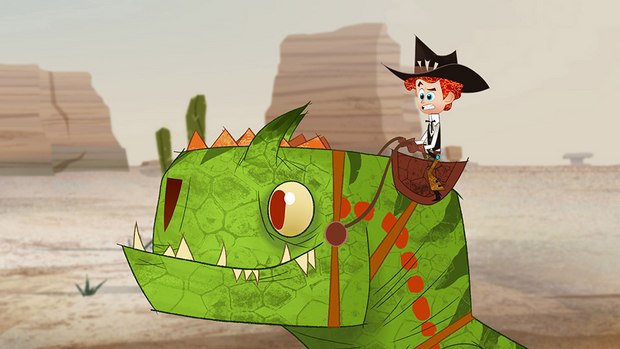 Disney XD has ordered a second season of Disney Television Animation's out-of-the-gate hit series Penn Zero: Part-Time Hero. It was announced by Marc Buhaj, Senior Vice President, Programming and General Manager, Disney XD. Created and executive-produced by Jared Bush (All of Us, Zootopia) and Sam Levine (Tarzan, Bolt), the animated comedy adventure about an ordinary boy who inherits the extraordinary job of part-time hero premiered as a simulcast on Disney XD and Disney Channel in February and continues to gain traction among its core audience of kids 2-11 and their families.

Buhaj said, "Jared and Sam have created a wonderful original series in Penn Zero: Part-Time Hero. The show has rich, unique stories and our audience has instantly responded to its engaging cast of characters. With season two, we are excited to uncover the origins of our part-time heroes and delve deeper into the characters' mysterious backstories."

The series follows Penn Zero and friends Sashi, an overqualified part-time sidekick, and Boone, an under-qualified part-time wise man, as they zap to other dimensions to fill in for heroes in need. Each mission takes the team to unpredictable epic worlds where they must battle evil part-time villain Rippen and his part-time minion, Larry. Season two finds Penn and the gang zapping into the worlds of anime, pirates with talking sea creature ships and the most epic Rock, Paper, Scissors battle of all time, among others.

Disney XD is a basic cable channel and multi-platform brand showcasing a compelling mix of live-action and animated programming for kids age 6-11, hyper-targeting boys and transporting them into worlds full of humor, unexpected fun and inspiring action-filled adventures. Disney XD-branded content spans television, online, mobile and VOD platforms. The programming includes series, movies and short-form, as well as sports-themed programming developed with ESPN. In the U.S., Disney XD is seen on a 24-hour, advertiser supported network that reaches over 80 million households via its basic cable and satellite affiliates.  In total, there are 31 Disney XD channels available in 25 languages around the world.