Coming in 2020, Marvel Animation pushes Spidey to his limits in an epic conflict with Venom. 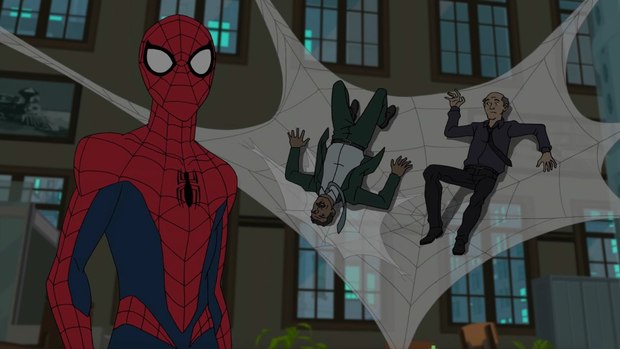 Disney XD’s senior VP and GM of programming, Marc Buhaj, announced that Season 3 of the animated series Marvel's Spider-Man has been ordered for a spring 2020 premiere. The series follows Peter Parker as he learns to navigate life as the teenage superhero Spider-Man. Titled Marvel's Spider-Man: Maximum Venom, Season 3 finds Spider-Man pushed to his breaking point when Venom summons an earth-shattering threat from its home planet.

Buhaj commented, "We are excited to have Spider-Man and Venom leading this brand-new chapter. These two characters are fan favorites and the Marvel Animation team has delivered a smart, action-packed season for a new generation. We're grateful for the opportunity to further expand the world of Marvel's Spider-Man with Venom and continue fresh, heroic storytelling with this third season order." "This is the most epic conflict in the history of Marvel Animation," added Marvel Animation & Family Entertainment’s Senior VP, Cort Lane. “We planted the seeds in two seasons of Marvel's Spider-Man and three seasons of Marvel's Guardians of the Galaxy, but you don't need to have watched them to be blown away by this colossal confrontation. While a ton of guest heroes will be on hand, Peter Parker's special link to Venom makes him the only hero who can tip the scales to save humanity."

Season 2 episodes of Marvel's Spider-Man will debut in September on Disney XD and DisneyNOW. Beginning with a five-part Superior Spider-Man story arc, the new storyline will feature Doctor Octopus, who has taken over Spider-Man's body, intending to use his new spider powers to further his evil agenda.

During the first part of its second season, Disney XD's Marvel's Spider-Man ranked as the #1 series on cable in the Monday 6:30 p.m. half-hour timeslot among Kids 6-11 and Boys 6-11.