Shortform series created and executive produced by Ryan Quincy to serve as teasers for full-length animated series on Disney XD slated for a 2016 premiere. 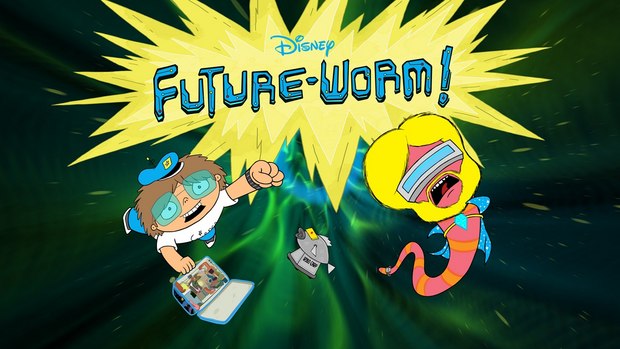 Created and Executive Produced by Emmy Award-winning Ryan Quincy (South Park) and starring comedian Andy Milonakis (Kroll Show) and James Adomian (The Late Late Show with Craig Ferguson), Future-Worm! is produced at Disney Television Animation. The series follows Danny (Milonakis), an optimistic 12-year-old who creates a time machine lunch box and befriends Future Worm, a fearless worm from the future. Together, the duo navigate through space, time and study hall, embarking on adventures and spontaneously making up new ones along the way.

New episodes will be released every Tuesday and Thursday for the next two weeks on YouTube, followed by broadcast on Disney XD channels every Monday night throughout June after Star vs. The Forces of Evil.

The shorts will serve as the teasers for a full-length Future Worm! animated series on Disney XD, which has been slated for a 2016 premiere.

Check out the premiere episode, “No Anchovies!” in the player below: