Filmmakers panel and first episode of six-part ‘Into the Unknown: Making Frozen 2’ coming next week. 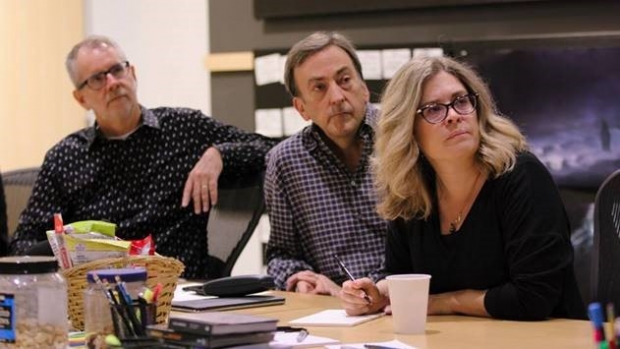 Next week, Annecy 2020 Online will be presenting a Frozen 2 Filmmakers Panel starting June 24, as well as the 1st episode of the new Disney+ Original documentary series, Into the Unknown: Making Frozen 2.  Festivalgoers will be able to witness the inner workings of the Walt Disney Animation Studios during the last year of production on Frozen 2; cameras captured first-hand the challenges and the breakthroughs, the artistry, creativity and the complexity of creating the highest grossing animated feature of all time. The unique series provides a rare and raw look at the creativity, heart and hard work that go into the craft of animation, giving viewers unique and unprecedented access into the world of Disney artists and storytellers.

The Frozen 2 Filmmakers Panel will be available from June 24-30. Moderated by Jazz Tangcay, Artisans Editor at Variety, it features Walt Disney Animation Studios’ Chief Creative Officer Jennifer Lee, her fellow director Chris Buck, the film’s producer Peter Del Vecho, the director of the story Marc Smith, the Frozen 2 supervising animator, “Elsa” Wayne Unten, Frozen 2 animator Malerie Walters and the director of Into the Unknown: Making Frozen 2 Megan Harding as they share insights into the creation of both the film and the documentary series that followed them through the process.