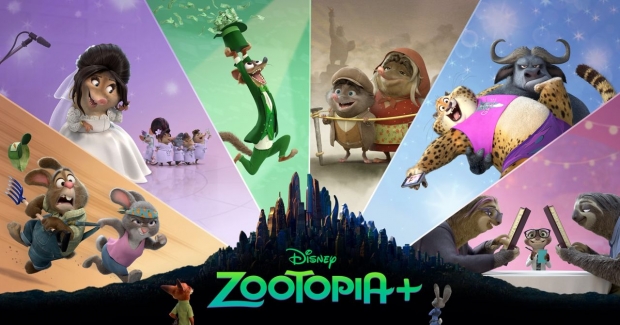 This past Friday, The Walt Disney Company marked 2 years of streaming with Disney+ Day, a global celebration of the Disney universe where subscribers were treated to new content releases across the service’s iconic brands - Disney, Pixar, Marvel, Star Wars, and National Geographic - along with a special presentation on Disney+ for fans with sneak peeks into what’s to come. The streamer also announced their expansion of Disney+ into new Asia-Pacific markets.

“The inaugural Disney+ Day will be a grand-scale celebration of our subscribers across the entire company,” shared The Walt Disney Company Chief Executive Officer Bob Chapek. “This day of appreciation brings to life our mission to entertain, inform, and inspire fans and families around the globe through the power of unparalleled storytelling, and will become an annual tentpole event to be amplified across our global businesses."

Disney+ not only premiered more than 25 new pieces of content, but also debuted dozens of first looks, new trailers, and exclusive clips from The Walt Disney Company’s studios.

Check out some announcements in animation: Subscribers will also be treated to the domestic Disney+ streaming debut of fan favorite shorts from Walt Disney Animation Studios including Frozen Fever, Oscar-winning shorts Feast and Paperman, and Oscar-nominated Mickey Mouse short, Get A Horse!