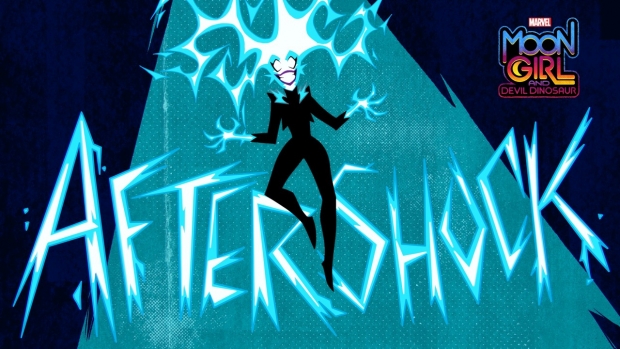 As part of Disney’s D23 event that ran through this past weekend, Disney Branded Television President Ayo Davis made a number of programming announcements, alongside cast members and creative teams, for upcoming Disney+, Disney Channel, and Disney Junior shows.

“At Disney Branded Television, we create shows full of magic, adventure, thrill, and heart that resonate with audiences around the world,” said Davis. “Our announcements today spotlight the breadth and depth of our commitment to entertaining fans of all ages, across animation, live-action series, and movies, unscripted and documentaries.”

Coming to Disney Channel on February 10, 2023, followed by Disney+

The animated series follows the adventures of 13-year-old super-genius Lunella Lafayette and her 10-ton T-Rex, Devil Dinosaur, based on Marvel's hit comic books. After Lunella accidentally brings Devil Dinosaur into present-day New York City, the duo works together to protect the city's Lower East Side from danger.

An expansion of the National Treasure movie franchise as told from young heroine Jess’ point of view, a brilliant and resourceful DREAMer in search of answers about her family, who embarks on the adventure of a lifetime to uncover the truth about the past and save a lost Pan-American treasure. The story follows Penny Proud and her madcap family: parents Oscar and Trudy, twin siblings BeBe and CeCe, and grandmother Suga Mama (and Puff!). But, of course, it would not be The Proud Family without Penny's loyal crew: Dijonay Jones, LaCienega Boulevardez, Zoey Howzer, and Maya Leibowitz-Jenkins. Premieres 2023 on Disney Junior and Disney+

D23 Expo attendees got treated to new details about Star Wars: Young Jedi Adventures, the upcoming series, including the reveal of two members of the voice cast, Jamaal Avery Jr. and Emma Berman.

Set during the High Republic era, the series follows a group of Younglings as they embark on missions where they will help people in need, discover exotic creatures, clash with villainous pirates, train with their masters, and ultimately learn the valuable skills needed to become Jedi: compassion, self-discipline, teamwork, patience, and friendship.

The comedy series follows The Electric Mayhem Band — Dr. Teeth on vocals and keyboards, Animal on drums, Floyd Pepper on vocals and bass, Janice on vocals and lead guitar, Zoot on saxophone, and Lips on trumpet — on an epic, music-filled journey to record their first-ever studio album. With the help of a driven, young music executive, Nora, the old-school Muppet band comes face-to-face with the current-day music scene as they try to finally go platinum. The series stars Lilly Singh, Tahj Mowry, Saara Chaudry, and Anders Holm in a recurring role.

Listen to The Electric Mayhem Band’s new single “Can You Picture That?” here.