New $71.3 billion deal approved by the boards of directors of Disney and 21st Century Fox. 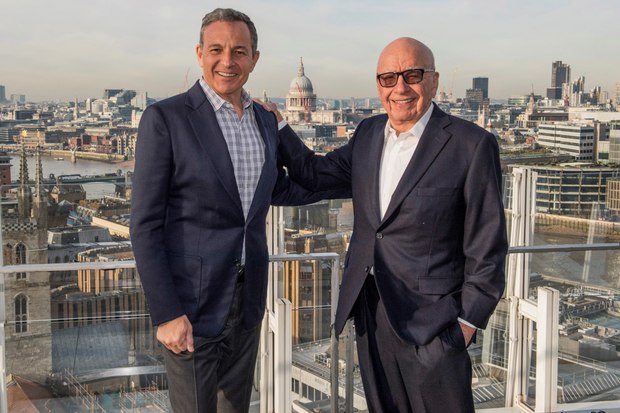 BURBANK, CA -- The Walt Disney Company has signed an amended acquisition agreement with 21st Century Fox for $38 per share in cash and stock. Disney will acquire 21st Century Fox immediately following the spin-off of the businesses comprising “New Fox” as previously announced.

“The acquisition of 21st Century Fox will bring significant financial value to the shareholders of both companies, and after six months of integration planning we’re even more enthusiastic and confident in the strategic fit of the assets and the talent at Fox,” said Robert A. Iger, Chairman and Chief Executive Officer, The Walt Disney Company. “At a time of dynamic change in the entertainment industry, the combination of Disney’s and Fox’s unparalleled collection of businesses and franchises will allow us to create more appealing high-quality content, expand our direct-to-consumer offerings and international presence, and deliver more personalized and compelling entertainment experiences to meet growing consumer demand around the world.”

The full details of the transaction were announced in a news release on Wednesday:

Disney believes the transaction has a clear and timely path to regulatory approval. Both companies have spent the past six months working toward meeting all conditions necessary for closing. In the amended agreement, Disney has increased the scope of its commitment to take actions required to secure regulatory approval.