Former Blue Sky Studios’ VP and Head of Development steered numerous projects from pitch to greenlight, including ‘Ice Age: Dawn of The Dinosaurs,’ ‘Dr. Seuss' Horton Hears a Who,’ ‘Rio, Spies in Disguise’, and ‘Nimona.’ 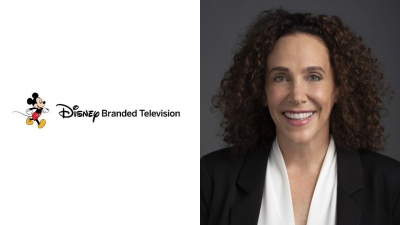 "Strong creative executives are the key to our success in the marketplace,” shared Television Animation, Disney Branded Television, senior vice president and general manager Meredith Roberts. “Lisa has deep experience in the animation industry, and her acute creative and business sense — especially as a longtime mentor of creator talent from underrepresented groups — is a hand-in-glove fit with our commitment to world-class storytelling. Emily's team has demonstrated formidable talent and ability to collaborate across the Company, and I have confidence that we will continue to meet our ambitious goals."

Most recently (2003-2021), Fragner served as vice president and head of Development, Blue Sky Studios, a division of The Walt Disney Studios. While there, she was responsible for steering several creator-driven feature films from concept pitch to greenlight, including Ice Age: Dawn of The Dinosaurs, Dr. Seuss' Horton Hears a Who, Rio, Spies in Disguise, and Nimona.

Fragner also secured the rights to several feature film properties for 20th Century Fox Animation and Fox Family feature divisions, including the animated Confessions of an Imaginary Friend and the live-action Better Nate Than Ever.

In addition to producing Blue Sky Studios' "Pitch Fest" for short and feature films, Fragner helmed multiple diversity and inclusion initiatives within key creative roles and the development executive team. Her producer credits include The Hebrew Hammer (Sundance 2003) and Death of a Dynasty (Tribeca Film Festival 2003).

Fragner earned degrees in history and theater from Stanford University and is a member of the Stanford Alumni in Entertainment and its mentoring program, BEAM/Stanford Career Education. She is also affiliated with TAP The Animation Project, Women in Animation, ASIFA, The Animation Industry Council and the New York Mayor's Office of Media and Entertainment/Made in NY.