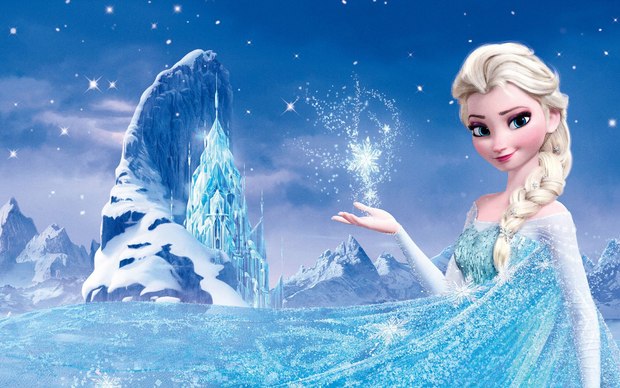 Following a strong earnings report driven by the international phenomenon Frozen, Disney shares shot up more than $7 in trading Wednesday morning to break the $100 per share barrier, according to a report by The Hollywood Reporter.

A first for the publicly-traded company, the new valuation equates a share price gain of roughly 250 percent during Disney CEO Bob Iger’s tenure.

The Walt Disney Co. beat financial expectations on Tuesday with the announcement that it had earned $1.27 per share in its fiscal first quarter on $13.4 billion in revenue. Analysts were predicting $1.07 per share on revenue of $12.9 billion.

All five of Disney's reporting segments showed an increase in operating income, with consumer products and studio entertainment leading the way with gains of 46 percent and 33 percent, respectively.

As for revenue, the studio was down 2 percent and the interactive segment was off 5 percent, while the other three segments -- media networks, parks and resorts, and consumer products -- each reported higher revenue.

The studio showed higher operating income on lower revenue because of strength in home entertainment, led by sales of Guardians of the Galaxy, Frozen and Maleficent.

During a conference call with industry analysts on Tuesday, Iger confirmed that the opening of Shanghai Disneyland has been delayed until spring 2016. The Disney chief also touted upcoming theme park experiences based on Star Wars, Marvel and other franchises.

Iger reportedly called Cinderella "a stunningly beautiful film," and also enthusiastically endorsed Frozen Fever, the seven-minute short that will play at theaters in front of Cinderella.