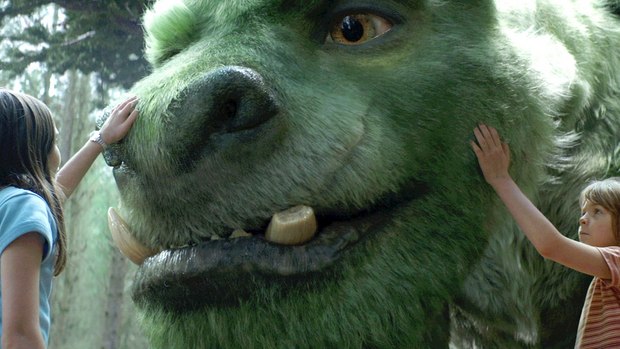 BURBANK, CA -- Pete’s Dragon, a reimagining of Disney’s cherished family film centered on an orphaned boy named Pete and his best friend Elliot -- who just so happens to be a dragon -- comes home on November 29 on Digital HD, Blu-ray, Disney Movies Anywhere, DVD and On-Demand. The heartwarming adventure arrives just in time to entertain the entire family this holiday season. Families will be captivated by this magical movie followed by never-before-seen bonus features, including a revealing look at director David Lowery’s personal diary kept during the filming of Pete’s Dragon, the design process behind the lovable dragon Elliot, deleted scenes, a tour of the film’s breathtaking production location of New Zealand, audio commentary by filmmakers and actors and hilarious bloopers.

Pete’s Dragon stars Bryce Dallas Howard (Jurassic World) as Grace, a forest ranger in the Pacific Northwest who happens upon 10-year-old Pete, played by Oakes Fegley (This is Where I Leave You). Oona Laurence (Southpaw) is Natalie, the 11-year-old daughter of Jack, a lumber-mill owner played by Wes Bentley (The Hunger Games). Karl Urban (Star Trek) is Jack’s bumbling brother Gavin and Oscar-winner Robert Redford (Captain America: The Winter Soldier) portrays Mr. Meacham, an old wood carver who delights the local children with tales of a fierce dragon.

The film is directed by David Lowery (Ain’t Them Bodies Saints) from a screenplay by Lowery & Toby Halbrooks based on a screenplay by Malcolm Marmorstein and produced by Jim Whitaker, p.g.a. (The Finest Hours), with Barrie M. Osborne (The Lord of the Rings: The Fellowship of the Ring) serving as executive producer.

“I look back on childhood as an adventure, and I wanted to capture that on screen in the smallest -- but also the biggest -- way,” Pete’s Dragon writer/director Lowery reveals. The big -- the creation of an irresistible 24-foot tall, green, furry dragon that can breathe fire and turn invisible -- is brilliantly tackled by the team at the Academy Award-winning visual effects company Weta Digital [The Hobbit films and The Lord of the Rings trilogy]. But it’s the small moments between characters that so beautifully convey the film’s powerful message: the importance of friendship, family and finding one’s place in the world.”