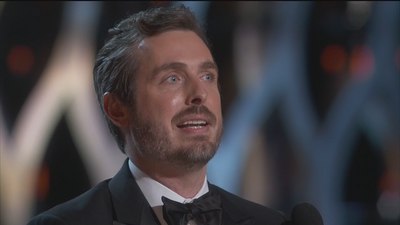 Sunnyvale, CA -- Cogswell College, a 600-student educational institution offering a unique curriculum fusing Digital Art, Engineering and Entrepreneurship, will host Academy Award-winning animation director Patrick Osborne during the school’s commencement ceremonies on May 16th. The event begins at 11 AM, and will be held at Club Auto Sport in San Jose, CA.

Based on the theme of “Learning to enjoy the blank page in front of you,” Osborne’s keynote will address Cogswell’s Class of 2015.

“It is such an honor and privilege to have Patrick Osborne, a brilliant and gifted animation industry director, agree to speak to our students on one of the most important days in their lives -- college graduation,” said Dr. Deborah Snyder, Cogswell College’s President & Chief Academic Officer. “His exceptional talent serves as a role model for many of our students who aspire to walk in his footsteps. We are so grateful he is willing to share his experience and ideas with our students, as they embark upon the next phase of their careers.”

Osborne is the winner of a 2015 Academy Award for Best Animated Short Film for his original short film, Feast. Starting in 2008, he worked in-house with Walt Disney Animation Studios, where he animated on Bolt, Tangled and Wreck it Ralph, and acted as Head of Animation on the Oscar winning Paperman. In addition, Osborne was also the co-head of animation on the smash hit animated feature film, Big Hero 6.

Osborne began his professional career as an Animator at Sony Pictures Imageworks, where he animated on an assortment of films, including I Am Legend and Surf’s Up. He later worked at gaming company Electronic Arts, Inc., where he contributed to the Tiger Woods PGA Tour 2003 videogame title.

Born and raised in Cincinnati, Ohio, he is a 2003 graduate from the Ringling College of Art and Design with a BFA in Computer Animation. Osborne lives with his wife, Ali, in the Silver Lake area of Los Angeles.