Creative team for the live-action adventure based on the classic book by Madeline L’Engle includes ‘Frozen’ director Jennifer Lee, who wrote the screenplay for the film, and Oscar-winning visual effects supervisor Rich McBride. 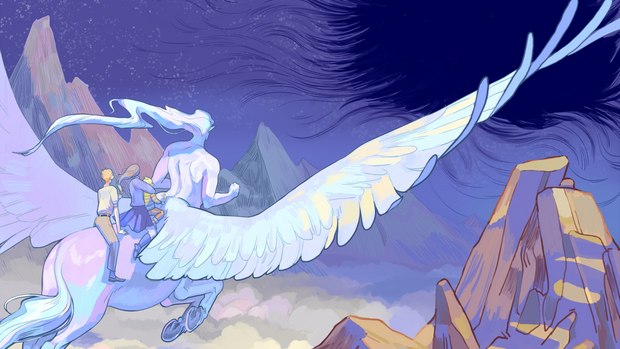 BURBANK, CA -- Production for Disney’s upcoming epic live-action adventure A Wrinkle in Time kicks off today in Los Angeles starring Oprah Winfrey (Selma, The Butler) as Mrs. Which, Reese Witherspoon (Wild, Walk the Line) as Mrs. Whatsit, Mindy Kaling (The Mindy Project, Inside Out) as Mrs. Who, Chris Pine (Star Trek Beyond, Hell or High Water, Into the Woods) as Mr. Murry, Gugu Mbatha-Raw (Beauty and The Beast, Belle) as Mrs. Murry, Zach Galifianakis (Birdman,  The Hangover,) as The Happy Medium, André Holland (Moonlight, Selma) as Principal Jenkins, Levi Miller (Pan) as Calvin, Deric McCabe as Charles Wallace, and introducing Storm Reid as the iconic literary character Meg Murry. Bellamy Young, Rowan Blanchard and Will McCormack round out the highly acclaimed cast.

Directed by Ava DuVernay (13th, Selma), the film is a reimagining of Madeleine L’Engle’s classic novel that takes Meg Murry, her brilliant brother Charles Wallace and their friend Calvin on an unexpected journey into alternate dimensions on a mission to bring home their father.

“Since Day One, this experience has shimmered with the promise and possibility, the passion and power that only great stories offer,” said DuVernay. “And Madeline L’Engle’s book is a great story indeed. A cool, quirky tale of an imperfect girl on an otherworldly expedition that has been praised and banned, dissected and celebrated the world over for more than 50 years. On behalf of all the filmmakers, artists and craftspeople in our ‘Wrinkle in Time’ family, we are genuinely thrilled by and truly grateful for the opportunity to make this film together.”

First published in 1962, L’Engle’s novel has sold more than 23 million copies worldwide, receiving a recent surge following Chelsea Clinton’s mention during the Democratic National Convention. Winner of the Newbery Prize in 1963, “A Wrinkle in Time” has been translated into 35 languages.

A Wrinkle in Time builds on Disney’s strong track record of reimagining classic stories for a contemporary audience, with recent examples including The Jungle Book, Maleficent and the upcoming Beauty and the Beast.

Directed by DuVernay, the film is produced by Jim Whitaker (Pete’s Dragon) and Catherine Hand from a script written by Jennifer Lee (Frozen). Principal photography will take place primarily in California with two weeks of production in New Zealand.