First full-length trailer gives a glimpse at some of the film's most iconic scenes, including Genie’s dance with his magic carpet. 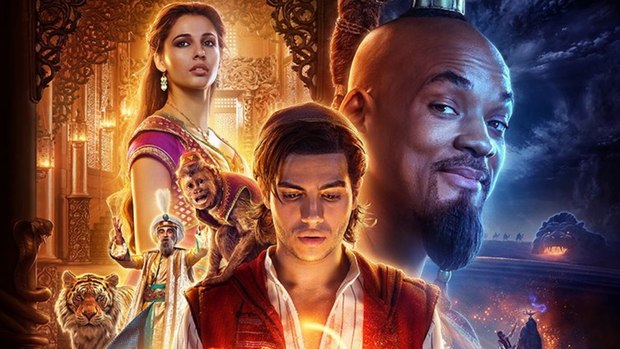 Along with a new poster, the first full-length trailer for Disney’s live-action adaptation of Aladdin is here!

Directed by Guy Ritchie and starring Will Smith, Mena Massoud and Naomi Scott, the live-action adaptation of Disney’s animated classic follows the tale of the charming street rat Aladdin, the courageous and self-determined Princess Jasmine, and the Genie who may be the key to their future.

Aladdin is written by John August and Ritchie, who brings his singular flair for fast-paced, visceral action to the fictitious port city of Agrabah. The film stars Smith as the Genie, Massoud as Aladdin and Scott as Jasmine alongside Marwan Kenzari as Jafar, Navid Negahban as the Sultan, Nasim Pedrad as Dalia, and Billy Magnussen as Prince Anders.

The new trailer gives audiences a glimpse at some of the film's most iconic scenes, including Genie’s dance with his magic carpet. Check it out, along with the new poster, below:

Aladdin flies into theaters nationwide May 24, 2019.