Coinciding with Earth Month and the release of Disneynature's latest theatrical movie, BEARS, Disney launches Disneynature Explore, an app that allows kids and families to explore nature through augmented reality. 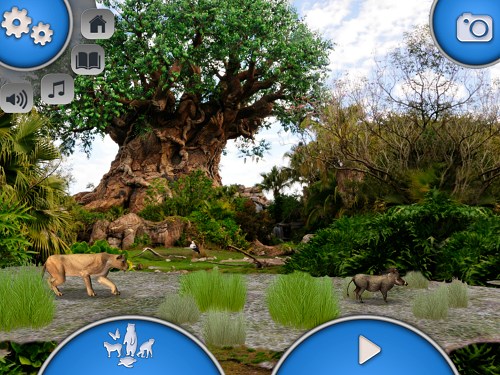 When the app’s augmented reality features are used, 3D animals will appear in the live camera view of the device, taking kids on adventures in their own backyards or neighborhoods. In the activities kids will be able to catch salmon like a brown bear and follow tracks to find her bear cub, hunt a warthog with a lion, view the world from the eyes of a monarch butterfly, fish for termites like a chimpanzee and more. In total, Disneynature Explore features five animal adventures, each with four unique challenges.

Through player sound recognition, kids will be able to interact directly with the animals they see on their screens. Kids can take photos of each adventure and then add them to their Disneynature Journal.

Conserving nature begins with connecting to nature. Disney immerses kids in the magic of the natural world to ignite their imagination and develop lifelong conservation values, and hopes to inspire kids to be positive environmental stewards, ensuring a brighter tomorrow for all. Learn more about Disney Citizenship on Twitter at Twitter.com/CitizenDisney or www.thewaltdisneycompany.com/citizenship.