Emmy Award-winning exec who oversaw the launch of Disney Junior expands role to content and creative strategy across the Disney Channels worldwide portfolio. 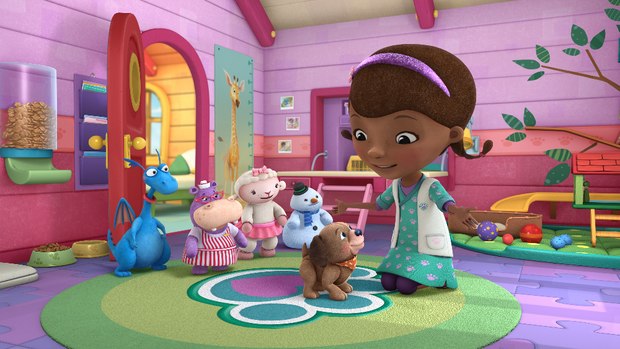 Kanter brought shows such as the Peabody Award-winning ‘Doc McStuffins’ to Disney Junior.

In an acknowledgement of her enormous success in turning Disney Junior into a powerhouse platform for kids and families, Nancy Kanter has been promoted to the newly expanded role of Executive Vice President, Content and Creative Strategy, Disney Channels Worldwide, while maintaining her role as General Manager, Disney Junior Worldwide. The announcement was made by Gary Marsh, President and Chief Creative Officer, Disney Channels Worldwide, to whom Kanter will continue to report.

The new role will broaden Kanter’s responsibilities to include the content creation strategy that guides the development of original live-action and animated programming for kids age 6-14 on Disney Channel and Disney XD, in addition to all creative content for kids age 2-7 on Disney Junior. She will also oversee strategy for acquired content that supports the overarching creative vision and, in partnership with the live action and animation development/programming teams, will continue the momentum of attracting, developing and retaining the best creative talent to Disney’s far-reaching portfolio of entertainment platforms for kids and families. Marsh said, “Nancy is a formidable leader with exceptional creative instincts and a personal passion for great storytelling. Her track record in launching and steering Disney Junior into becoming the #1 preschooler-dedicated network is a testament to her relentless focus on excellence.” He continued, “I look forward to her daily partnership in aligning and guiding the creative strategy and content for our animation and live-action storytelling teams.”

Kanter said, “The Disney Channels Worldwide creative teams have consistently set the bar at the highest level when it comes to offering stories and characters that resonate with audiences worldwide and also become cultural icons that endure. I am excited to work with our multi-talented development and production teams and hope to be able to contribute meaningfully to this legacy of extraordinary storytelling.”

Kanter has been executive vice president, Original Programming and general manager, Disney Junior Worldwide since 2013. In 2011 and 2012, she led the launch of Disney Junior and has since built its television properties into successful franchises across multiple lines of Disney businesses, including Disney Parks’ attractions, publishing, consumer products, digital products, DVDs and CDs.

Since the Disney Junior channel launch in the U.S., it has reigned as the #1 preschooler-dedicated TV network in Total Viewers, Kids 2-5, Girls 2-5, Boys 2-5 and Women 18-49. For 2016, the channel presented the Top 8 series among Kids 2-5 and Total Viewers, including The Lion Guard, Elena of Avalor and Miles from Tomorrowland. Kanter also brought the Peabody Award-winning Doc McStuffins, the Emmy Award-winning Sofia the First, the Emmy Award-nominated Mickey Mouse Clubhouse and the new Mickey and the Roadster Racers to Disney Junior.

Kanter joined Disney Channel in 2001. Previously, she was president, Bluecow.com, an internet site for children’s entertainment, and an executive producer for Sesame Workshop (formerly Children’s Television Workshop), where she supervised the development and production of more than 30 Sesame Street broadcast specials and direct-to-video projects, including the Emmy Award-winning “Elmo Saves Christmas.” Kanter’s other experience includes producing ABC Afterschool Specials, as well as film editing (for which she won an Emmy Award) and several award-winning documentary films for public television. Additionally, she served as an adjunct professor of film at Hunter College, City University of New York (CUNY).