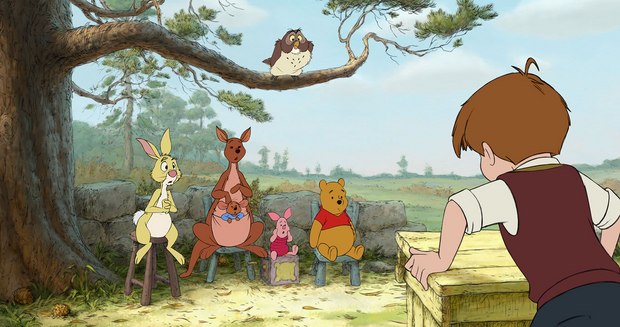 Continuing Disney's recent trend of remaking its animated classics into live-action films, the studio is planning to make live-action versions of both Winnie the Pooh and Mulan.

Deadline reports that Disney has hired indie filmmaker Alex Ross Perry (Listen Up Philip) to write the script for the live-action Winnie the Pooh adaption, which will follow an adult Christopher Robin's return to the Hundred Acre Woods.

Meanwhile, according to a report by The Hollywood Reporter, Elizabeth Martin and Lauren Hynek have been hired to write the script for the adaptation of Mulan, Disney's 1998 animated film that centers on the Chinese legend of the female warrior Hua Mulan. The animated version made $304.3 million worldwide following its release, earning Golden Globe and Academy Award nominations and resulted in a 2005 direct-to-DVD sequel, Mulan II.

These two new projects are just the latest example of the studio converting its classic cartoons into live-action blockbusters, following on the heels of Disney's huge box office success with the live-action Cinderella, which has already grossed more than $335 million worldwide. The studio is also working on a live-action version of The Jungle Book (arriving April 15, 2016), along with Beauty and the Beast (set for release on March 17, 2017) and the as-yet undated Dumbo.