Peter Hedges (‘What’s Eating Gilbert Grape’) is writing a script for the feature loosely based on the ‘Pinocchio’ story originally brought to the screen in 1940. 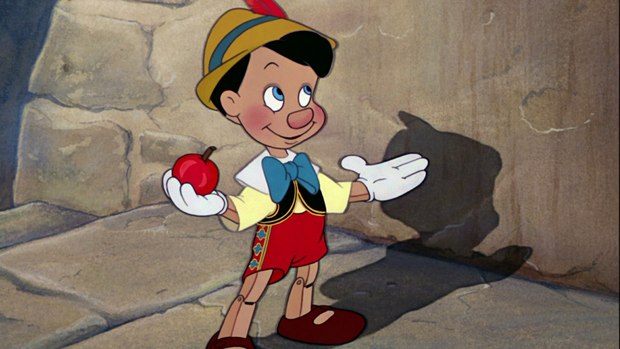 Disney is developing a live-action feature inspired by the animated classic, Pinocchio, according to a report by Deadline.

What’s Eating Gilbert Grape writer Peter Hedges is writing a script for the feature loosely based on the original Pinocchio story about a marionette carved from wood who dreams of becoming a real boy. Pinocchio gets his wish but is prone to stretching the truth, and each time he does, his nose grows longer.

The story is reportedly “about the relationship between a father and son, the ramifications of lying and creating stories and living in a fantasy world.”

Pinocchio is the creation of author Carlo Collodi, who wrote The Adventures of Pinocchio in 1883. Disney brought the animated version of the original Pinocchio story to the screen in 1940. Since then the story has been remade several times, both for television and the big screen, the most recent example being Roberto Benigni’s 2002 live-action feature, Pinocchio.

Disney has a number of live-action features based on animated films in the works, including  The Jungle Book (arriving April 15, 2016), along with Beauty and the Beast (set for release on March 17, 2017) and the as-yet undated Dumbo, Winnie the Pooh and Mulan.

The projects follow on the heels of Disney's huge box office success with the live-action Cinderella, which has already grossed more than $437.6 million globally, and the Sleeping Beauty-inspired Maleficent, which made $758.4 million worldwide following its release in 2014.