Project continues Disney's recent trend of remaking its animated classics into live-action films, beginning with ‘Maleficent’ and ‘Cinderella,’ and now including ‘Mulan,’ ‘Winnie The Pooh,’ ‘The Jungle Book,’ ‘Beauty and the Beast,’ ‘Dumbo’ and a new movie starring ‘Peter Pan’s Tinker Bell. 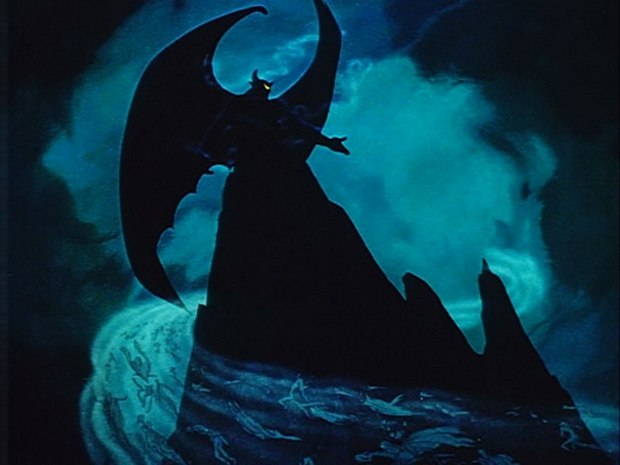 Disney is planning a live-action movie based on the “Night on Bald Mountain” sequence from the studio's 1940 animated classic Fantasia, according to a report by The Hollywood Reporter.

While the project is still reportedly in the early stages of development, Matt Sazama and Burk Sharpless will write the script for the film and serve as executive producers.

Fantasia is comprised of eight animated segments set to pieces of classical music. The “Night on Bald Mountain” section of Fantasia centers on a dark winged creature who raises spirits from the dead. They dance, fly through the air, and enjoy a night of mayhem until they fade away as the night ends and the sun begins to rise. The dramatic music used in the sequence was originally created by Russian composer Modest Mussorgsky, in 1867, and was later arranged for the film by Leopold Stokowski.

This latest project continues Disney's recent trend of remaking its animated classics into live-action films, beginning with last year’s Maleficent, which grossed $758.4 million at the worldwide box office. Following on the heels of this year’s live-action Cinderella, which has already grossed more than $531.8 million worldwide, the studio is also working on live-action versions of Mulan and Winnie The Pooh, as well as The Jungle Book (arriving April 15, 2016), Beauty and the Beast (set for release on March 17, 2017) and the as-yet undated Dumbo. A live-action Tinker Bell film, based on the character from Peter Pan with Reese Witherspoon set as the lead, is also in the works.