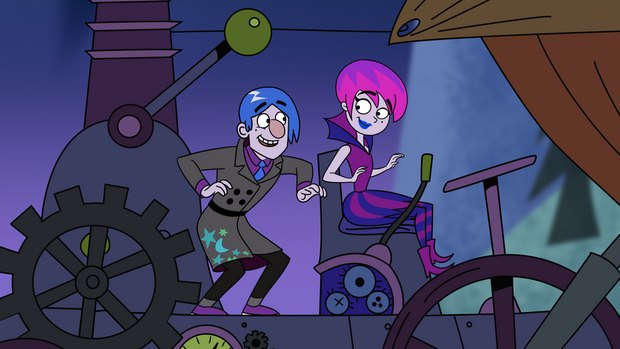 Disney has ordered a second season of The 7D, the hit animated TV series which takes a comedic look at the world of the Seven Dwarfs. Fourteen-time Emmy Award-winner Tom Ruegger (Animaniacs, Tiny Toon Adventures) is executive producer.

The 7D currently airs daily on Disney XD in the U.S. and beginning Friday, December 26, will air weekends during the Disney Junior block on Disney Channel. The series is also set to debut in early 2015 on the Disney Junior channel. The 7D has premiered in Canada, France, Spain, Italy, Russia, Israel, Southeast Asia, Taiwan, Hong Kong, Korea, Japan, India and Latin America and will continue to roll out globally throughout 2015.

Since its July 2014 launch on Disney XD, The 7D has consistently ranked among the network's top animated original series among Kids 2-11 and Kids 6-11 and as a Top 5 show on WATCHDisneyXD. The 7D Mine Train, Disney Publishing's accompanying app based on the series, has been downloaded over 1.85 million times and has ranked #1 on iPad in the Kids category in 44 countries.

The 7D follows brave little heroes -- Happy, Bashful, Sleepy, Sneezy, Dopey, Grumpy and Doc -- as they work together to help the quirky Queen Delightful keep her kingdom in order. Standing in their way are comically inept villains Grim and Hildy Gloom, a novice warlock and witch couple, whose plots to overthrow the queen and rule Jollywood are continually foiled by the 7D.

The series is a production of Disney Television Animation and carries a TV-Y parental guideline. Sherri Stoner and Deanna Oliver are co-story editors, and Alfred Gimeno and Charles Visser are the directors (all from Tiny Toon Adventures). Meme master Parry Gripp ("Do You Like Waffles?") is the songwriter and composer for the series and also performs the theme song. Keith Horn ("Too Cool for Cupcakes") is co-composer.