Disney, Marvel and More to Cease Production in Georgia if Anti-Gay Bill is Passed

New ‘religious freedom’ bill protects religious officials from having to perform same-sex marriage ceremonies, and would allow faith-based organizations to deny services or employment to those who violate their ‘sincerely held religious belief.’ 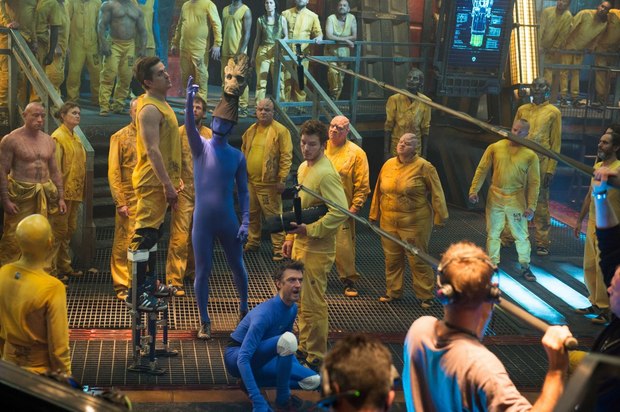 The Walt Disney Co. and Marvel Studios have signaled their opposition to a Georgia “religious liberty” bill, stating they will take their business elsewhere “should any legislation allowing discriminatory practices be signed into state law,” according to a report by Variety.

“Disney and Marvel are inclusive companies, and although we have had great experiences filming in Georgia, we will plan to take our business elsewhere should any legislation allowing discriminatory practices be signed into state law,” a Disney spokesman reportedly said on Wednesday.

Offering generous tax incentives in a race to the bottom, Georgia has become a U.S. production hub with Marvel currently shooting Guardians of the Galaxy 2 at Pinewood Studios outside Atlanta. Last summer, Captain America: Civil War was shot there as well. By some estimates the state has moved into the number three position for production, behind California and New York. According to the state’s Dept. of Economic Development, $1.7 billion was spent on production in 2015, versus $132.5 million in 2007.

The bill, which was passed by legislators last week and is currently pending before Georgia state governor Nathan Deal, protects religious officials from having to perform same-sex marriage ceremonies, and would allow faith-based organizations to deny services or employment to those who violate their “sincerely held religious belief.” Deal has not yet indicated whether he would sign or veto the new legislation.

Representing major studios, the Motion Picture Association of America has already spoken out against the legislation. On Monday, an MPAA official called the pending legislation “discriminatory,” but expressed confidence that Deal would not sign it.

“We are confident that Governor Deal will not allow a discriminatory bill to become law in Georgia,” Vans Stevenson, MPAA senior vice president of state government affairs, reportedly stated.

AMC Networks, which produces The Walking Dead in Georgia, also issued a statement opposing the legislation. “As a company, AMC Networks believes that discrimination of any kind is reprehensible,” a company spokesman reportedly said. “We applaud Governor Deal’s leadership in resisting a previous version of this divisive legislation and urge him to reject the current version as well.”