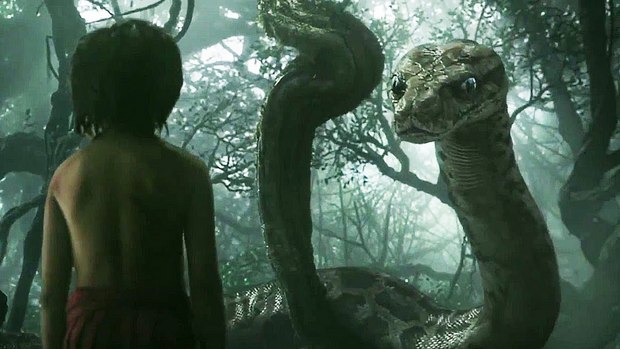 Viewers will be placed in Mowgli’s shoes as he meets Kaa for the very first time in Through Mowgli’s Eyes Part 1: Trust in Me, which debuted on The Jungle Book Facebook page Thursday and will also be available as a virtual reality experience in select IMAX theaters at AMC locations across the country beginning Friday.

The simultaneous release of a virtual reality experience and 360-degree video on Facebook is unprecedented, and in the weeks leading up to the film’s debut additional content will transport audiences deeper into the world of The Jungle Book. To ensure the experience remains authentic to the film, director Jon Favreau oversaw production and direction of both experiences, working closely with VFX houses MPC and Weta Digital, which created the incredible characters and settings of the film.

Are you brave enough to trussssst her? See Kaa’s Jungle Through Mowgli’s Eyes, a Facebook 360 Experience.

The VR Tour in IMAX Theaters at AMC Theatres:

The Jungle Book, due in theaters April 15, is directed by Favreau from a script written by Justin Marks (Street Fighter: The Legend of Chun-Li). The stereoscopic 3D feature, which will also be available in IMAX format, is being produced by Brigham Taylor, who also produced Disney’s Tomorrowland. Working alongside cinematographer Matthew Libatique (Noah), MPC is the lead visual effects studio, with Christopher Glass and Alex McDowell (Watchmen) serving as production designers.

-- On ANIMATIONWorld: Delving Into the Photoreal World of Disney’s ‘Jungle Book’ Remake --