Animated short-form series executive-produced by ‘The Pirate Fairy’ producer Jennifer Magee-Cook and Aliki Grafft set in the fantastical world of Auradon and Isle of the Lost, is set to premiere September 18. 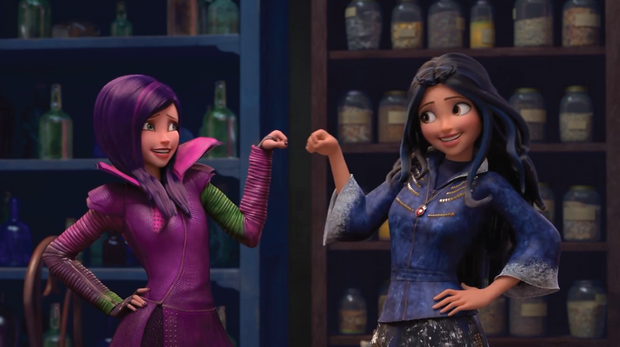 Descendants Wicked World, an animated short-form series set in the Auradon and Isle of the Lost worlds of Disney's hit movie Descendants, is set to premiere Friday, September 18 on Disney Channel and its digital platforms, including WATCH Disney Channel. The series will introduce new characters. Providing the voices of the animated characters are the movie's stars: Dove Cameron as Mal, Sofia Carson as Evie, Cameron Boyce as Carlos, Booboo Stewart as Jay, Mitchell Hope as Ben, Brenna D'Amico as Jane, Sarah Jeffery as Audrey and Dianne Doan as Lonnie.

Descendants Wicked World picks up after the final scene of Disney's Descendants, the Disney Channel Original Movie that delivered over 10.5 million Total Viewers (L+3) for its premiere telecast, ranking as the most watched cable TV movie of 2015 and the top-rated telecast in two years in Kids 2-11 and Tweens 9-14.

Fans of Disney's Descendants can further immerse themselves in the idyllic world of Auradon through School of Secrets, a 23-part short-form series told through the eyes of the students at Auradon Prep in the days leading up to the arrival of Mal, Evie, Carlos and Jay, the teenage sons and daughters of Disney's most infamous villains. School of Secrets as generated over 9 million views and is available on the Descendants YouTube page.