Series will feature a new, young heroine who follows in the footsteps of comic-book creator Dave Stevens’ iconic original creations. 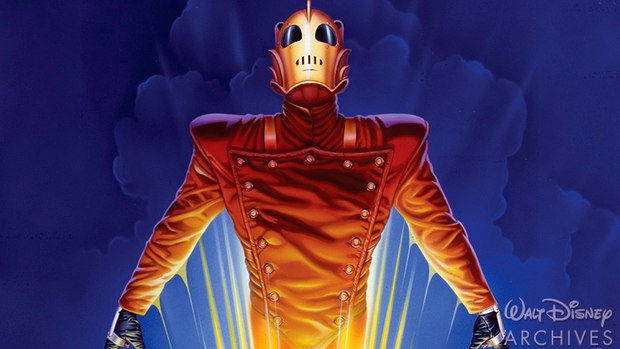 Disney Junior has begun production on The Rocketeer, a new animated adventure series inspired by Dave Stevens’ popular comic books, that is geared toward family audiences and slated to air in 2019.

The upcoming series will introduce a new Rocketeer: Kit, a young girl who receives a surprise package on her birthday revealing that she’s next in line to become the Rocketeer -- a legendary superhero who has the ability to fly with the help of a rocket-powered jet pack. Kit’s gadget-minded best friend, Tesh, and her airplane mechanic uncle, Ambrose, are alongside Kit as she soars to new heights, using her cool new gear (and a secret identity) to help her save the day.

Nicole Dubuc (Transformers: Rescue Bots) serves as executive producer for The Rocketeer, which will feature two 11-minute stories and an original song in each episode. Wild Canary produces, along with Disney Junior.

“We are very excited to introduce The Rocketeer to our young Disney Junior audience,” said Joe D’Ambrosia, senior VP of original programming for Disney Junior. “The vast storytelling found in the original comic books provides the perfect opportunity to create an exciting new adventure series told from a young girl superhero perspective that the whole family can enjoy together.”

Stevens’ beloved superhero previously inspired a feature film of the same name, which was released in 1991 and remains a fan favorite.