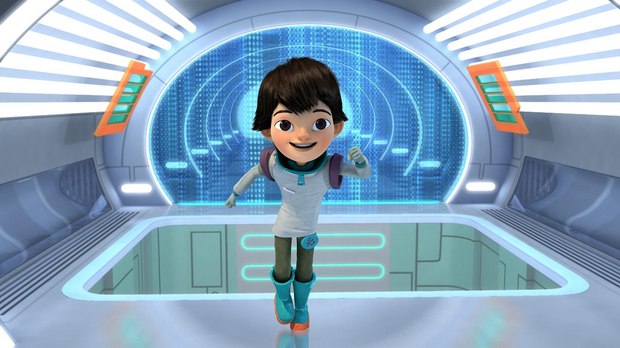 Disney Junior has ordered a second season of Miles from Tomorrowland, this year's #1 TV series across preschool networks in Total Viewers, Kids 2-5 and Boys 2-5 to date. It was announced by Nancy Kanter, Executive Vice President, Original Programming and General Manager, Disney Junior Worldwide. The series, which charts the outer space missions of young adventurer Miles Callisto and his family as they work together to help connect the galaxy on behalf of the Tomorrowland Transit Authority, incorporates unique space and science facts into each storyline.

Kanter said, "We work with many experts in the space, science and technology fields –NASA astronauts, space architects and futurists, NASA's Jet Propulsion Laboratory (JPL) scientists and Google engineers – and all of them have talked with us about their own early experiences as children that sparked their curiosity about space and the possibilities for the future. We hope that 'Miles from Tomorrowland' will continue to provide that inspiration for today’s generation of young children."

Extensions of the hit series include a wide range of learning-focused storybooks, leveled readers, illustrated early chapter books, activity books and enhanced eBooks from Disney Publishing Worldwide; a "Miles from Tomorrowland: Missions" app; and costumes, dolls and toys from Disney Stores. Based on parent feedback and demand, a full line of toys, role play items, home décor and apparel will be available at mass retailers nationwide this summer.