Comedy series about a pals who work at delivery service for baby animals created by Travis Braun. 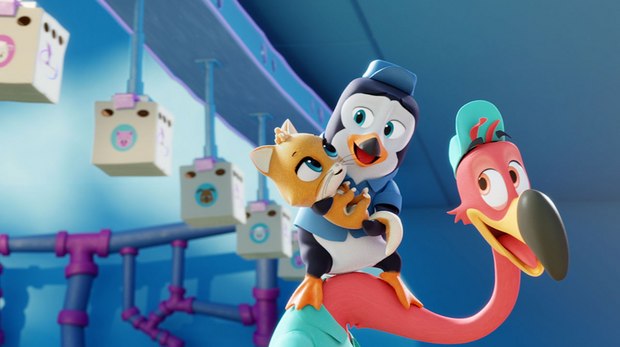 Disney Junior has greenlit T.O.T.S., an animated comedy for kids ages 2-7, about the adventures of best friends Pip and Freddy, a tenacious penguin and a kind-hearted flamingo, who are the only non-stork delivery birds in-training at Tiny Ones Transfer Service.

As new members of the esteemed team, these junior flyers must take tender care in transferring baby animals -- kittens, cubs, calves, bunnies, puppies and joeys among them -- from the nursery to their forever families around the globe. Together, they will learn how to nurture and care for the babies and use creative thinking and problem solving to model for young viewers that there isn't just one way to achieve a goal.