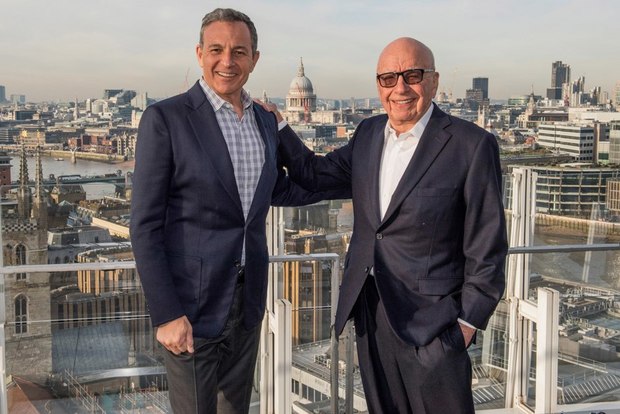 According to the Fast Company report, Disney, referring to her discussions with workers at Disneyland in Anaheim, California, as well as trends in corporate executive pay, said, “I like Bob Iger. Let me be very clear: I think he’s a good man. But I think he’s allowing himself to go down a road that is the road everyone is going down. When he got his bonus last year, I did the math, and I figured out that he could have given personally, out of pocket, a 15% raise to everyone who worked at Disneyland, and still walked away with $10 million.”

The Fast Company article also included a Disney company statement made in response: “Disney has made historic investments to expand the earning potential and upward mobility of our workers, implementing a starting hourly wage of $15 at Disneyland that’s double the federal minimum wage, and committing up to $150 million for a groundbreaking education initiative that gives our hourly employees the opportunity to obtain a college or vocational degree completely free of charge.” Disney also claimed the increase in Iger’s 2018 compensation was tied to performance and a stock grant connected with Disney’s acquisition of 21st Century Fox, which finally closed March 20.

In a series of tweets posted yesterday, Disney, whose grandfather Roy started the studio with younger brother Walt in 1923, continued speaking out about the issue. Commenting on the $65 million bonus, she tweeted, “At the 65M dollar bonus range we are talking about something ridiculous. If you send your kid to an expensive school and we cut your bonus in half, gosh you’d give up 740 years of her education. 7.5 $5M yachts you can’t buy. 3.5 $10M jets.”

Let me very clear. I like Bob Iger. I do NOT speak for my family but only for myself. Other than owning shares (not that many) I have no more say in what happens there than anyone else. But by any objective measure a pay ratio over a thousand is insane. https://t.co/O34OjXd6rr

At the 65M dollar bonus range we are talking about something ridiculous. If you send your kid to an expensive school and we cut your bonus in half, gosh you’d give up 740 years of her education. 7.5 $5M yachts you can’t buy. 3.5 $10M jets.

Last July, Disney settled a series of contentious labor disputes with Disneyland park employees, reaching an agreement with four unions representing park workers. The previous month, on June 2nd, during a visit to California, former presidential candidate and current Vermont Senator Bernie Sanders called out Iger during a rally with Disneyland Resort employees at Anaheim’s River Church. As reported in the Orange County Register, after Sanders praised Iger for canceling ABC’s Roseanne TV reboot, he admonished him by saying, “If a corporation like Disney has enough to pay its CEO over $400 million in a four-year period, it damn well has enough to pay its workers at least 15 bucks an hour.”