Disney Greenlights Second Season of ‘Tangled: The Series’ Ahead of Highly Anticipated Debut

New series from Disney Television Animation debuts March 24 following the March 10 premiere of the ‘Tangled Before Ever After’ TV movie. 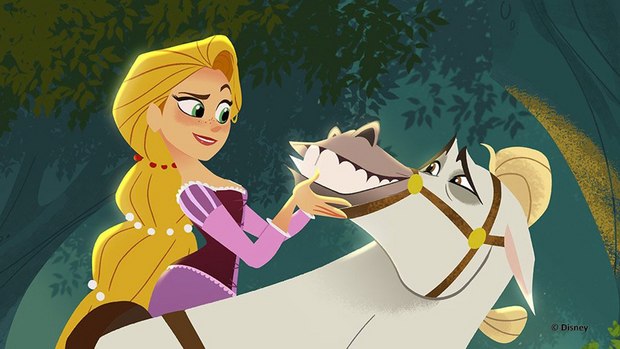 Disney Channel has made a resolute and early commitment to a second season before the first season of the animated Tangled: The Series premieres, with Chris Sonnenburg as executive producer and supervising director. A production of Disney Television Animation, the series is based on Walt Disney Animation Studios’ acclaimed feature film. It will be preceded by the music-filled Tangled Before Ever After, a Disney Channel Original Movie, premiering Friday, March 10 (8:00-9:05 p.m. EST), with the series launching Friday, March 24 (7:30-8:00 p.m. EDT), on Disney Channel. The announcement was made by Gary Marsh, president and chief creative officer, Disney Channels Worldwide.

Tangled: The Series reunites Mandy Moore and Zachary Levi, who reprise their roles as Rapunzel and Eugene (formerly known as Flynn Rider), respectively, as well as the music team of Disney legend and Academy Award-winning composer Alan Menken and lyricist Glenn Slater. The story takes place between the events of the 2010 feature film and the start of the 2012 short film, Tangled Ever After. With a visually vibrant animation style, the series follows Rapunzel on her adventures as she acquaints herself with her parents, her kingdom of Corona and its people.

“Tangled is my all-time favorite Disney animated film!” said Marsh. “And with the blessing of the filmmakers, executive producer Chris Sonnenburg has crafted a terrific new series that embraces the rich characters, the brilliant storytelling and the memorable music of the original. Mandy Moore and Zachary Levi have effortlessly reprised their roles as Rapunzel and Flynn Rider, and the legendary songwriters Alan Menken and Glenn Slater have graced the series with a host of memorable songs. This promises to be an absolute treat for kids and families around the world.”

A line of role-play products, dolls and playsets inspired by Tangled: The Series will debut at New York Toy Fair this Saturday, February 18, and will be available later this fall, including new apparel and accessories. Disney Publishing will debut print and e-book titles including an original middle grade series by Leila Howland. Walt Disney Records recently released the single “Wind in My Hair” performed by Mandy Moore and will debut “Life After Happily Ever After,” performed by Moore, Zachary Levi and Clancy Brown, on March 10. A DVD of the TV movie Tangled Before Ever After and four animated shorts will be released by Walt Disney Studios on April 11.

Tangled: The Series was developed by Chris Sonnenburg and Shane Prigmore, with Sonnenburg serving as executive producer and supervising director. Benjamin Balistreri is supervising producer. Kevin Kliesch serves as score composer. The series is produced by Disney Television Animation.