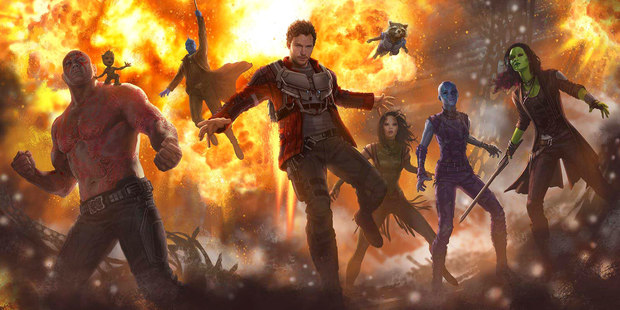 The Walt Disney Co. has fired director James Gunn from helming the third film in the blockbuster $1.6 billion Guardians of the Galaxy franchise, according to The Hollywood Reporter. The move follows the discovery and circulation of several provocative tweets Gunn posted to Twitter that date back as far as 2008.

The decade-old tweets, which made jokes about topics such as pedophilia and rape, were unearthed on Thursday by conservative website The Daily Caller, which notes that Gunn is an outspoken critic of President Trump. In the wake of the report, conservative personalities began tweeting to followers to confront Gunn at Comic-Con International, which is currently underway in San Diego, CA. Gunn had been expected to attend SDCC on Friday to participate in Sony’s Hall H presentation in support of an as-yet unknown project, but his appearance was abruptly pulled.

Disney reacted to the controversy on Friday afternoon with a statement from Walt Disney Studios chairman Alan Horn: “The offensive attitudes and statements discovered on James’ Twitter feed are indefensible and inconsistent with our studio’s values, and we have severed our business relationship with him.”

Gunn issued a statement on Friday commenting on his dismissal:

"My words of nearly a decade ago were, at the time, totally failed and unfortunate efforts to be provocative. I have regretted them for many years since -- not just because they were stupid, not at all funny, wildly insensitive, and certainly not provocative like I had hoped, but also because they don't reflect the person I am today or have been for some time.

“Regardless of how much time has passed, I understand and accept the business decisions taken today. Even these many years later, I take full responsibility for the way I conducted myself then. All I can do now, beyond offering my sincere and heartfelt regret, is to be the best human being I can be: accepting, understanding, committed to equality, and far more thoughtful about my public statements and my obligations to our public discourse. To everyone inside my industry and beyond, I again offer my deepest apologies. Love to all.”