CEO Bob Chapek’s fence-sitting stance on the incendiary Florida bill has led employees to organize against it. 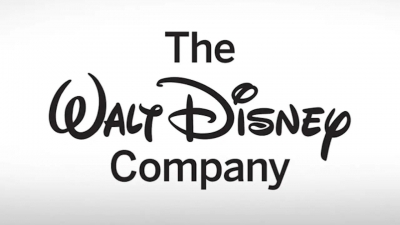 Staffers at Disney are participating in walkouts this week and next over their company’s continued refusal to condemn Florida’s “Don’t Say Gay” bill.

Florida’s Republican-controlled legislature recently passed the Parental Rights in Education bill, which has come to be known as the “Don’t Say Gay” bill because it bans educators from discussing sexual orientation and gender identity with children from kindergarten to third grade. The incendiary bill gives parents grounds to sue school boards if they believe that educators have undermined their “fundamental right to make decisions regarding upbringing and control of their children.”

In effect, the bill places teachers under threat of legal action if they decide to discuss LGBTQ+ topics among their students. The bill codifies such discussion as “not age-appropriate or developmentally appropriate for students” -- to misleadingly suggest that in-school conversations about sexual orientation and gender identity are somehow sexually explicit in nature, rather than simply a means of raising awareness about diverse groups of people.

Though the bill has yet to be signed into law, Disney has found itself under heavy public scrutiny since it came to light that the company has donated $299,126 to supporters of the bill over the last two years. Addressing this at a shareholders’ meeting on March 9, Disney CEO Bob Chapek puzzlingly said, “When we donate money to different political candidates, we have no idea how they’re going to vote going forward into the future.”

As this cloud has hung over Disney’s head, Chapek has acted as the portrait of fence-sitting -- expressing his disapproval of the bill in an internal staff email, but choosing to refrain from openly condemning it, despite growing discontent among employees over the company’s public stance (or lack thereof).

In his email, Chapek said that while Disney’s leadership “unequivocally stand[s]” with LGBTQ+ employees, it believes that issuing a corporate statement “do[es] very little to change outcomes or minds,” and expressed fear over such statements being “weaponized by one side or the other to further divide and inflame.” He also announced on March 11 that Disney would be “pausing all political donations in the state of Florida,” as it reassesses its position.

Employees have challenged Chapek with a statement of their own, published on a newly-formed website, WhereIsChapek.com. Their open letter reads: “As a community, we have been forced into an impossible and unsustainable position. We must now take action to convince [The Walt Disney Company] to protect employees and their families in the face of such open and unapologetic bigotry.”

WhereisChapek.com has organized a series of 15-minute daily walkouts, which will culminate in a full-day walkout on March 22. “We must make sure we have large enough numbers to be successful,” the group said in a statement. Stressing the urgency of their action, the workers added that Disney has “utterly failed to match the magnitude of the threat to LGBTQIA+ safety represented by this legislation.”