Just in time for ‘Best Friends Day,’ check out the trailer for the upcoming CG animated comedy about a socially awkward middle-schooler and his faulty robot; the film, which stars Zach Galifianakis and Jack Dylan Grazer, opens in theaters worldwide on October 22. 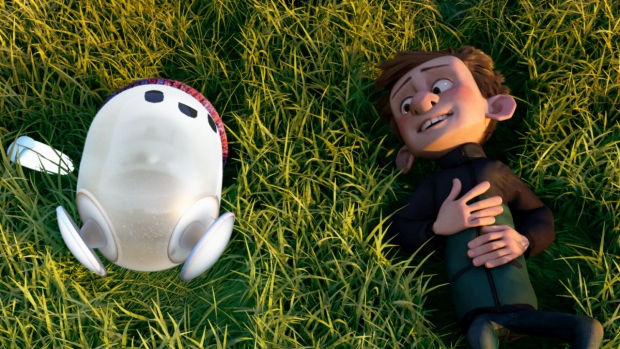 Ron’s Gone Wrong tells the story of Barney, a socially awkward middle-schooler and Ron, his new walking, talking, digitally connected device, which is supposed to be his “Best Friend Out of the Box.” Ron’s hilarious malfunctions, set against the backdrop of the social media age, launch them into an action-packed journey in which boy and robot come to terms with the wonderful messiness of true friendship.

In celebration of Best Friend’s Day – today, June 8 - Disney has released a new trailer featuring the film’s BFFs. Check it out:

Locksmith was founded in 2014 by Sarah Smith, a former creative director at Aardman, with backing from Elisabeth Murdoch and DNEG. Smith previously made her animation debut as director and co-writer of 2011′s Arthur Christmas, and co-executive produced The Pirates! Band Of Misfits in 2012. Back in September 2017, Locksmith signed a multi-year production deal with what was then Twentieth Century Fox Film to produce a new animated feature film every 12-18 months. A month later, they announced Ron’s Gone Wrong as their first feature, with Alessandro Carloni (Kung Fu Panda 3) and Pixar story vet Jean-Philippe Vine (Cars 3, The Good Dinosaur) co-directing.