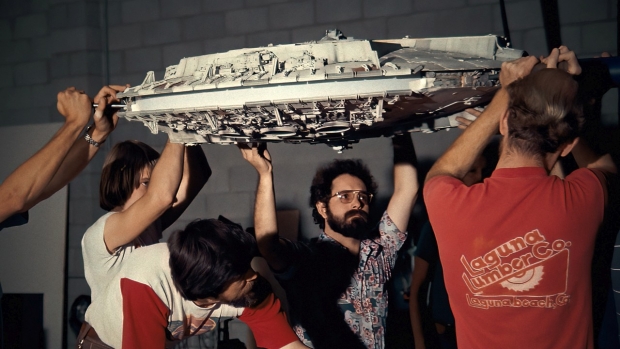 Disney+ has released the trailer and key art (see below) for Lucasfilm and Imagine Documentaries’ Light & Magic, a series that explores the untold history of world-renowned Industrial Light & Magic (ILM) -- the special visual effects, animation, and virtual production arm of Lucasfilm.

Director Lawrence Kasdan - who co-wrote The Empire Strikes Back, Return of the Jedi, The Force Awakens, and Solo - was granted unprecedented access to make Light & Magic. The documentary series takes viewers behind the scenes of Lucasfilm’s crowning achievements, and delves into the personal stories of the FX hub’s pioneering artists.

In the trailer, we hear reverent remembrances of ILM’s early days of innovation from the likes of George Lucas, Steven Spielberg, and James Cameron. Snippets from the series feature vivid storyboards and test footage from the studio’s best-known productions, and intimate glimpses at the interpersonal dynamic of its creative team.

The series was first announced on May 4, and fans were treated to a first look at select footage during this year’s Star Wars Celebration, which ran May 26-29. The preview was held at a panel that included Kasdan, Ron Howard, and legendary VFX artists Phil Tippett, Joe Johnston, and Dennis Muren.

Watch the trailer for Light & Magic: