Disney+ Drops ‘Proud Family - When You Wish Upon a Roker’ Featurette

The streamer treats fans to behind-the-scenes footage of the upcoming episode debuting March 30. 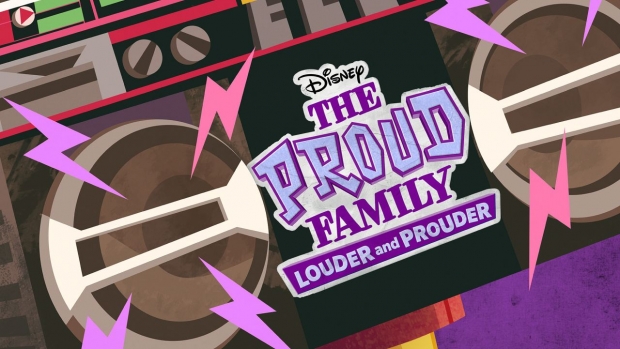 Disney+ is giving The Proud Family: Louder and Prouder fans a chance to go behind-the-scenes with “When You Wish Upon a Roker,” a new featurette that features footage of Al Roker, Lena Waithe and Lamorne Morris stepping into the voice booth and bringing their characters to life. It includes footage and interviews with the guest cast, the show’s creator and executive producer Bruce W. Smith, and executive producer Ralph Farquhar. Additional guest stars for this episode include Jaden Smith; “Desus Nice” Baker; Jeremy O. Harris; Logan Browning; Bresha Webb; Karrie Martin; Ashton Sanders, and Holly Winter.

In the episode, titled "When You Wish Upon a Roker," Oscar embarrasses Penny when he insists on chaperoning her disastrous first date with Kareem. Frustrated by her lack of freedom, Penny makes a deal with the master of mirth and mischief himself, Al Roker. Roker grants Penny's wish to be a college student and suddenly she and her crew are coeds able to do anything they want. Penny struggles to balance responsibility and freedom, forcing her to confront the fact that she may not be emotionally ready to be on her own. The episode premieres Wednesday, March 30 on Disney+.

Check out When You Wish Upon a Roker:

The new series picks up the story of its central character, Penny Proud, and includes her madcap family: parents Oscar and Trudy, twin siblings BeBe and CeCe, and grandmother Suga Mama (and Puff!). Of course, it would not be The Proud Family without Penny's loyal crew Dijonay Jones, LaCienega Boulevardez and Zoey Howzer.

The Proud Family: Louder and Prouder is now streaming on Disney+ with new episodes each Wednesday.