In the studio's new take on our favorite villainous fashion plate, Miss de Vil appears young, chic, and much more mad… is her insanity genius, or just plain killer? 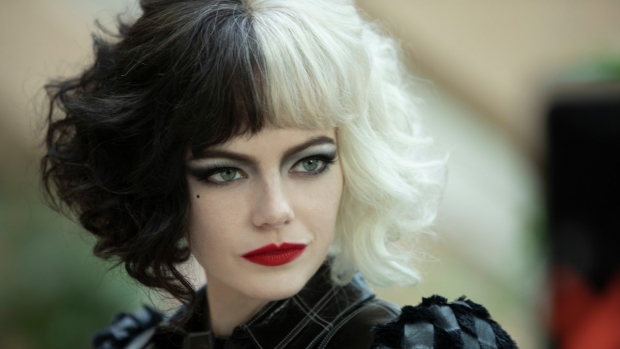 Things are getting positively spotty over at Disney! We’ve finally got a trailer for Cruella, the villainous origin story of fashion icon and wannabe dog murderer Cruella de Vil, starring Academy Award winners Emma Stone and Emma Thompson. The film, initially announced back in 2013, has been the source of considerable intrigue and hype during the long, 8-year lead-up.

The highly stylized reveal immediately brings to mind DC film-style villains: perhaps Cruella will become the family friendly outlet’s Harley Quinn. It is unclear whether we’re supposed to sympathize with the unhinged Miss de Vil, a-la Maleficent, or just enjoy the ride down the path to her downfall. She does want to skin puppies for clothing, after all. Perhaps the adaptation will spin that little detail to something a little less…killer.

According to Disney, the film is an all-new live-action feature about the rebellious early days of one of cinemas most notorious – and notoriously fashionable – villains, the legendary Cruella de Vil, set in 1970s London amidst the punk rock revolution. It follows a young grifter named Estella, a clever and creative girl determined to make a name for herself with her designs. She befriends a pair of young thieves who appreciate her appetite for mischief, and together they build a life for themselves on the London streets. One day, Estella’s flair for fashion catches the eye of the Baroness von Hellman, a fashion legend who is devastatingly chic and terrifyingly haute, played by Thompson (Howards End, Sense & Sensibility). But their relationship sets in motion a course of events and revelations that will cause Estella to embrace her wicked side and become the raucous, fashionable. and revenge-bent Cruella.

Cruella is directed by Craig Gillespie (I Tonya) from a screenplay by Dana Fox and Tony McNamara, story by Aline Brosh McKenna and Kelly Marcel & Steve Zissis. It was produced by Andrew Gunn (Freaky Friday), Marc Platt (Mary Poppins Returns) and Kristin Burr (Christopher Robin), with Stone, Michelle Wright, Jared LeBoff and Glenn Close serving as executive producers. Two-time Oscar- winning costume designer Jenny Beavan (Mad Max: Fury Road, A Room with a View) created the imaginative costumes, which take on a life of their own.