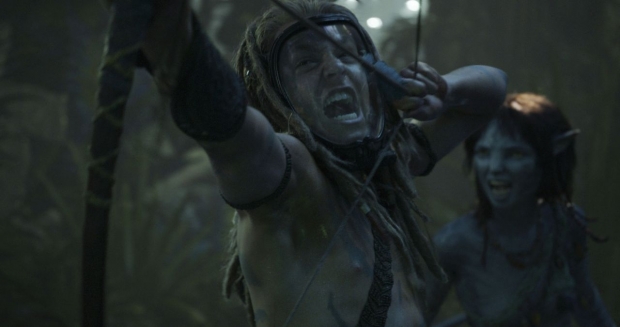 Today is “Avatar Day,” and The Walt Disney Company is marking the occasion by debuting the final trailer for Avatar: The Way of Water, James Cameron’s long-awaited and highly anticipated follow-up to his Academy Award-winning sci-fi adventure, Avatar, during tonight’s Monday Night Football game, which airs at 5:15 PM PT/8:15 PM ET on ESPN. But, if you’re not really into football - like this writer - you can check out this spot right now on AWN (below)

Beginning today, the original 2009 Avatar is once again available to stream on Disney+.

For the worldwide celebration of “Avatar Day,” a number of cities worldwide have transformed themselves into Pandora. In Italy, the Venice Canals were made blue with projections on the water and buildings; in Sydney, Bondi Beach Icebergs Pool became a giant blue bird’s eye view billboard for the film. Lastly, tonight at approximately 7 PM EST in New York City Times Square, Avatar: The Way of Water will simultaneously light up 40 digital screens, immersing viewers in an anamorphic 3D, nearly 360-degree experience of Pandora's underwater world. Disney also shared that Snapchat has created an augmented reality Lens that turns any Snapchatter into a Na'vi, with each Snapchatter getting a personalized experience. The Lens uses machine learning to transform in real-time their mouth, eyes, head shape, hair, and skin - complete with blue-striped texture - as if they came straight from Pandora. Check it out here.

In the film, the story skips ahead 10 years since the events of the first film unfolded; it follows the Sully family’s struggle to keep each other safe from harm, the battles they fight to survive, and the hardships they weather along the way.