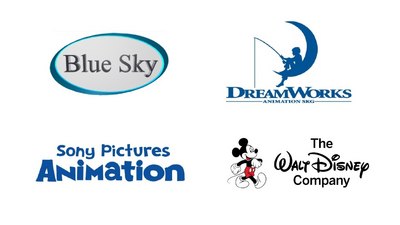 On Friday, The Walt Disney Company, DreamWorks Animation, Sony Pictures and Blue Sky Studios fired back at a proposed class action lawsuit over alleged anti-poaching and wage-fixing deals, according to a report by The Hollywood Reporter.

The defendants, which also include ImageMovers, Lucasfilm and Pixar Animation Studios, are requesting a dismissal on new antitrust claims as both coming too late and lacking necessary factual support.

Arrangements to freeze wages and not poach employees were the subject of an investigation and lawsuit by the U.S. Justice Department in 2010. Several companies agreed to a prohibition against enforcing anti-poaching pacts for a period of five years, which ended the DOJ review, but in 2011, a class action lawsuit was brought against Pixar, Lucasfilm, Apple, Google, Adobe and Intuit. The first two companies settled claims for $9 million while the other companies have gone to an appeals court after a federal judge rejected a $325 million settlement as insufficient.

Lawyers for digital artists Georgia Cano, Robert Nitsch Jr. and David Wentworth submitted an amended filing for a consolidated lawsuit in a San Jose, CA federal court on December 2, claiming that “the conspiracy deprived Plaintiffs and other class members of millions of dollars in compensation while the films they produced generated billions of dollars in revenues for Defendants.”

The studios have now reportedly filed their first substantive response to the consolidated lawsuit with a motion to dismiss. According to the motion, the DOJ investigation and 2011 lawsuit got broad press attention, and yet, the plaintiffs decided to wait five years until commencing their own lawsuit.

“In an effort to manufacture new claims not covered by the High-Tech lawsuits, plaintiffs assert that animation studios, other than High-Tech defendants Pixar and Lucasfilm, also participated in the alleged conspiracy,” the motion reads. “However, plaintiffs’ attempt is futile as a matter of law and comes far too late. The statutes of limitations for their claims expired long ago.”

The motion to dismiss continues by pointing out that much of what was uncovered by the DOJ relates to communications prior to 2009 -- which the defendants argue is out-of-bounds for review as well as activity that the DOJ itself declined to prosecute. If the anti-poaching pacts continued after 2010, within the statute-of-limitations, they say “it is plaintiffs' burden to allege specific anticompetitive conduct,” and not only haven't they done so, continues the motion, the studios say it's also implausible.

“It is highly improbable, to say the least, that parties under a DOJ investigation of their allegedly unlawful conduct would continue to engage in any such conduct while under that scrutiny,” the motion states.

U.S. District Judge Lucy Koh has scheduled a hearing on March 26 to consider the studios’ motion to dismiss the consolidated lawsuit.

Head over to THR to read the full report.