Three class-action lawsuits over anti-poaching and wage-fixing deals by Disney, DreamWorks Animation, Sony Pictures Imageworks and other animation studios have been consolidated into a single complaint under the jurisdiction of antitrust federal judge Lucy Koh. 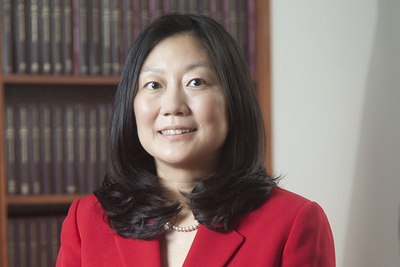 Three separate class-action suits over alleged anti-poaching and wage-fixing deals by Disney, DreamWorks Animation, Sony Pictures Imageworks and other animation studios have been consolidated into a single complaint, according to a report by Deadline.

Lawyers for digital artists Georgia Cano, Robert Nitsch Jr. and David Wentworth submitted an amended filing in a San Jose, CA federal court on December 2 claiming that “the conspiracy deprived Plaintiffs and other class members of millions of dollars in compensation while the films they produced generated billions of dollars in revenues for Defendants.”

Also named as defendants in the suit are ImageMovers, Blue Sky Studios, Lucasfilm and Pixar. In addition to a jury trial, the consolidated suit seeks reclassification to a class action that could grow to thousands of members who worked at the companies from 2004 onward.

The suit contends that the roots of the anti-poaching agreements go back to the mid-1980s, when George Lucas and Ed Catmull, the president of Steve Jobs’ then newly-formed company Pixar, agreed not to raid each other’s employees. The lawsuit alleges that The Walt Disney Co.’s involvement deepened when it bought Pixar in 2006 and appointed Catmull to run Walt Disney Animation Studios. The complaint also names DreamWorks Animation CEO Jeffrey Katzenberg, asserting that Jobs and Katzenberg “personally discussed DreamWorks joining the conspiracy.”

The case has been assigned to Northern District of California federal judge Lucy Koh, who for the past several years has presided over a Silicon Valley employee antitrust litigation case where details of the studios’ anti-poaching deal were first made public.

That class action lawsuit involved Apple, Google, Intel and Adobe, and while Lucasfilm and other companies settled with a $9 million payment in October 2013, Koh rejected Apple and other tech companies’ $325 million settlement attempt to end the case -- a decision the tech giants are now fighting in the courts.

The consolidated amended class action complaint filing can be read in full here.