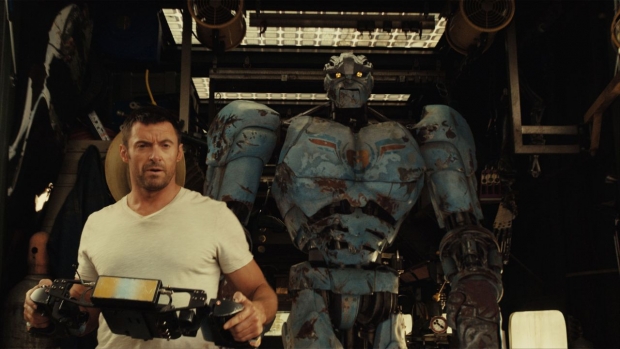 Real Steel, the 2011 sci-fi sports actioner nominated for an Oscar for Best Visual Effects, is now being developed as a series by Disney+.

According to Variety, the project will be based on the original feature directed by Shawn Levy. In that film, Hugh Jackman plays Charlie Kenton, a former boxer living in a not-so-distant future (2020, to be exact) in which human fighters are replaced by giant robots. Charlie and his estranged son (Dakota Goyo) find a broken-down robot in a junkyard and restore their father-son bond by fixing it up into fighting shape together. The source material for Levy’s film is a short story called “Steel,” written by the great Richard Matheson.

At this time, Disney’s possible spinoff series has no writer attached. Whether or not the show deviates from the story and universe of the original film will likely depend on who the studio recruits to write the script.

We do know, however, that Levy will executive produce the series through his company 21 Laps, should it move ahead. Robert Zemeckis and Jack Rapke of Compari Entertainment will also executive produce, alongside Jacqueline Levine, Susan Montford, and Don Murphy of Angry Films.

Last August, Levy told Inverse that although a rumored feature sequel to Real Steel “has been on my mind and in conversation a lot lately,” that project wasn’t actually in pre-production. He speculated that renewed chatter about a second film may have been because of its strong streaming performance.

“Maybe because of the fact that when Netflix started streaming it during the lockdown, it became one of their top trending and most viewed titles,” he said. “Which led to Hugh and I talking again about, ‘Wow, what is this? This love for Real Steel?’ And kind of this realization that, ‘Well wait, we love it that much too. We've always loved it that much too.’”

Digital Domain produced cutting edge VFX for the film, developing innovative virtual production methodology to drive robot movement. No word on who may get the nod for the series.

A Real Steel series would add to Disney’s growing catalogue of streaming series based on its existing IP. With shows based on National Treasure, The Spiderwick Chronicles, and Willow on the way, porting Real Steel to an episodic format would be an unsurprising next step.