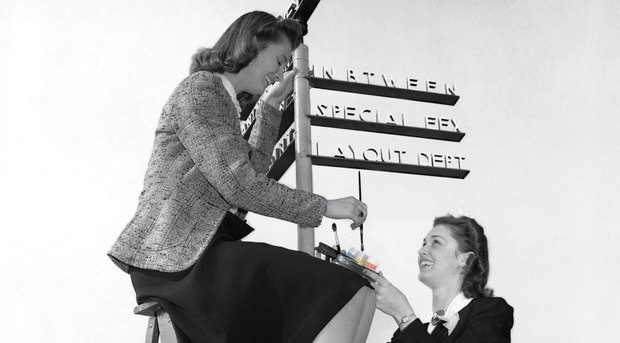 ABC Studios is developing a new docuseries based on animation historian Mindy Johnson’s book, “Ink & Paint: The Women of Walt Disney's Animation,” according to a report by Deadline.

The eight-episode documentary mini-series will be produced by Disney’s Alternative Division headed up by Fernando Hernandez for the studio’s as-yet unnamed new streaming service expected to launch in late 2019.

To be produced in partnership with Sertner Productions, Ink & Paint will tell the story of animation at Disney -- from Snow White and the Seven Dwarfs to Moana -- through the prism of an unsung workforce of trailblazing women who helped create some of the greatest animated movies of all time.

The series’ title refers to the original method of cel animation, in which individual cels were inked with black outlines before they were sent to a group of painters for coloring.

The docuseries will take a look at a number of women who made many of the Disney animated classics possible with little or no recognition for their work. That includes Disney Legend Ruthie Thompson, who, at 108 years old, is possibly the oldest surviving animator from the period. Thompson, who started at Disney Animation in 1937 as a cel cleaner and eventually rose through the ranks to become a supervising scene planner, was interviewed for the docuseries at the Ink & Paint building on the Disney lot, which has been kept intact with the old machines and paints still in place.